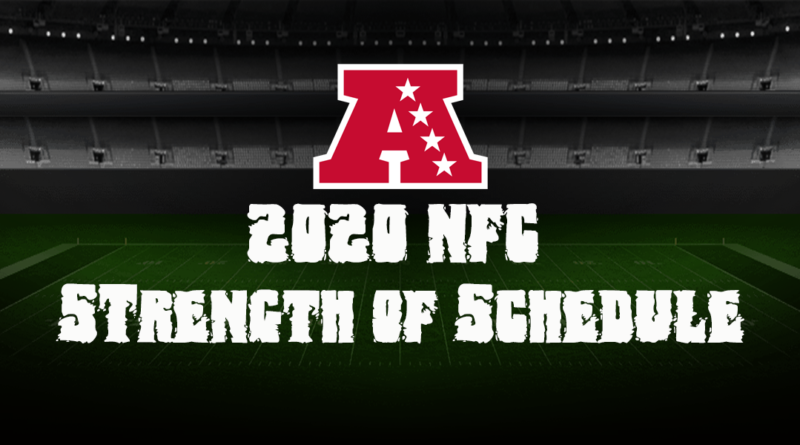 The strength of schedule is one of the important factors that we examine when we are projecting a fantasy player’s potential production for the following season. We are not saying these players will perform poorly, or that they will not have value. We are purely stating those players that have good SOS versus bad SOS. When it comes down to picking between two players, sometimes the SOS will be the deciding factor. I have decided to go outside the top ten at QB, RB, and the WR positions as well as outside the top 8 at the TE position. I believe that while Strength of Schedule does not have a massive impact on elite players, the impact is significant on players that you will draft outside of the first few rounds.

As I have stated in other articles, this is a make or break year for Baker. He has a great schedule, and probably the best roster he has had yet in his young career. Everything is pointing in the right direction for him and the Browns. It all depends on if he can utilize the weapons he was given or not. Baker is a great target for those who target their QB’s in the later rounds of their drafts.

Rivers is never going to be a league winner, especially this late in his career. But I do believe he has the ability and players surrounding him to be able to be a solid contribution to your roster this year. Standing behind an elite offensive line, Rivers should have plenty of time to sling the ball like he loves to do. Rivers ADP is decently late, so he should not hurt your team whether he does well or not. If all things work out for him, Rivers could be a serviceable streaming option on a decent basis.

Lock has the opportunity to be a league winner, mainly because of how stacked his team is on the offensive side of the ball. But he does have a decently hard SOS, which may leave him being inconsistent on a weekly basis. Only time will tell how good Lock is or not. If you are looking at Lock and another similarly talented QB, then you might have to choose which one’s schedule is easier. Especially when you are looking at the beginning of the season schedule. Lock’s upside is immense but he also has a chance at having a very low floor. He looks to be a QB that would be used only in positive game scripts until we see how he plays against good defenses.

The definition of a comeback player, Tannehill was an absolute stud last season when given the rock for the Titans. I have faith that he will once again be a solid NFL QB, but that does not mean I have confidence in him as a fantasy starter this year. His SOS is one of the hardest, and I don’t believe he will be able to have the same kind of production that he did last year. The Titans should also continue to be lean on the run game to win this year. Fantasy wise I would rather look at other options with a higher ceiling. With all that said, Tannehill could prove me wrong and be a solid option again this year. Right now he would be purely a streaming option from week to week.

Everyone is writing Fournette off this year. They did the same last year and he certainly outperformed his ADP. I believe he is going to do the same. Everyone is worried about Chris Thompson and his usage. But let’s be serious, Thompson hasn’t played a full season since 2016. I highly doubt he will affect Fournette enough to turn him into a bust this year. I believe if anything Jacksonville will run Fournette into the ground as it is the final year on his contract. With a solid schedule and a decent amount of carries coming his way, Fournette is a solid RB2 with upside in 2020.

This all depends on whether Conner plays this year due to Covid-19. If he does play, I believe Conner is a bargain pick at his current ADP. He has the best set of tools and when given the opportunities he has shown lots of promise as a lead back. Conner also has his starting QB back which will only increase his chances of reaching the end zone. He has the ADP of a low-end RB2 but has the upside of an RB1 if everything falls into place.

Singletary showed promise as a rookie, especially in PPR formats. Frank Gore leaving the teamed was positive for Devin, but we all knew he wasn’t made to be a 3 down back. Then the Bills drafted Zach Moss and Devin’s value came back down to reality. Currently being drafted as the RB25, I would much rather aim for a player with a higher floor and ceiling than Singletary at that spot in the draft. He also has one of the hardest SOS at the position. Draft Singletary knowing that he might not have a consistent weekly production.

Jarvis is always underrated, and I believe this is another year of him being undervalued. Cleveland is primed to be a solid offensive unit overall. Some may say that there are too many mouths to feed and I understand where they are coming from. But year in and year out Jarvis is one of Baker’s favorite targets. I don’t think that changes this year, and believe that he will be a value for those who go running back heavy. Currently going at the WR28, Jarvis is being selected as a flex/WR3 with weekly WR2 upside. He gains even more value in PPR leagues. He won’t be a league winner but should give your receiver group stability and a decent floor on a weekly basis. ( As long as he starts and stays healthy)

Mecole showed promise when the Chiefs were without Tyreek Hill, and also showed bursts of ability when Hill was playing. Currently going as the WR50, Mecole can only help your team. If he comes out this year as the WR2 for Kansas City then you have a solid player sitting on your bench that you can put into your roster. If he busts and doesn’t get the on-field usage he deserves, then you can cut him and move on. His SOS is also very appealing and when your QB is Patrick Mahomes you are already set up to succeed. At that point in the draft, Mecole is a low risk/ high upside pick that could turn into one of the WR steals in 2020.

You’re probably thinking I don’t like the Broncos and that is not true. They simply don’t have appealing schedules at almost every offensive position in 2020 and wide receiver is no different. Sutton was as solid as they come last year for Denver, but the landscape of the team is very different this year. They not only added Melvin Gordon but drafted Jerry Jeudy and KJ Hamler. He will not be relied upon like he was last year, and he will most likely disappoint those who draft him at his current ADP.

I love Diggs the player, but he is one fantasy asset that I am avoiding in every league this year at his current ADP. He went from one of the most consistent quarterbacks in Kirk Cousins to one of the least consistent in Josh Allen. Now he should be the top dog in Buffalo, but I don’t know exactly what kind of production you will be getting on a regular basis. Currently going at the end of the 5th/ beginning of the 6th rounds, Diggs is not necessarily a cheap option this year. His SOS is also one of the worst when it comes to wide receivers. All signs are pointing that Diggs will not be a consistent option on a weekly basis, and that is what you need at a 5th/6th price tag.

Baby hands are back in business. Doyle finally has a decent QB in Rivers, and guess what position Rivers love to target? That’s right, tight end. Doyle is a solid late-round tight end in 2020. He should have the ability to be a solid option for Rivers on a regular basis. His SOS is also decently good for the position and his price tag is basically free. Doyle has the upside you’d look for if you look for a tight end in the last 3 rounds of your draft.

Herndon hasn’t been healthy enough to know whether he is the same player he was two years ago. That doesn’t change the fact that he has a solid SOS in 2020 and that the Jets did basically nothing to fortify their receiving squad. If Herndon is healthy, he has the opportunity to be one of the main options in the passing game his year. Tight end is always such a wishy-washy position, and we usually rely upon targets/ athletic ability as key factors to having success. Herndon has the athletic ability, it all remains on if he is healthy and receives the target share that he has shown he could handle in the past. Herndon is a low risk/ high upside pick at the tight end position this year.

Yes, another Bronco. I love Fant and he is one of my breakout candidates at the tight end position. His SOS is rough, and he is in a crowded offense. Fant has all the tools to be a top tight end in this league. Being 3rd/ 4th in the depth chart and going up against solid defense might hold back his upside this year though. Fant should be a top 12 tight end this year, but that doesn’t mean he’s going to be reliable from week to week. If you are looking at two similarly talented tight ends, you might end up choosing the one with better matchups.

Very similar to Fant, Smith is primed to be a top 12 tight end this year, especially from a talent/ athletic standpoint. But he does have one of the worst SOS at the tight end position, and the Titans will most likely be a run-heavy team again this year. Smith does offer upside as he has been utilized in the run game this year, but those who draft him expecting Delanie Walker numbers right out the gate may be disappointed.

If you are in need of some fantasy football help for your 2020 Drafts. Then make sure you check our 2020 Draft Loadout for only $10 by clicking here! Also, make sure you are following me on Twitter @JGalt93 and the shows handle @TheHateful8FF.