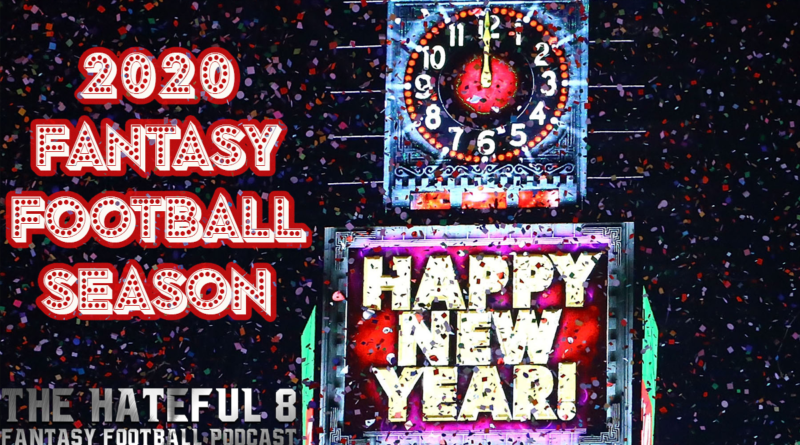 As the 2020 fantasy football season has come to an end, a few of our writers have put together a list of several players they felt were a surprise, a disappointment, Rookie of the Year, and finally a player to look forward to in 2021! Thank you for listening to the show and reading the article’s all season, and we look forward to helping you again in the upcoming 2021 fantasy football season. Enjoy!

-The biggest surprise player of 2020 to me would have to be James Robinson.  A top 5 PPR back that barely anyone had heard of coming into this season.  With the departure of Fournette, someone had to step up.  Robinson carried a lot of teams through the early part of the season and will be on everyone’s radar next year.

-The biggest disappointment of 2020 for me has to be Michael Thomas.  Thomas is usually a PPR God.  Any time you take a guy in the first round and he is useless for most of the year, your team suffers greatly.

-This is an easy one for me.  Justin Herbert is easily the rookie of the year.  He carried a lot of people’s fantasy squads on his back.  This kid looks like the real deal and I can’t wait to see what he does in the future.

Bounceback Player of the Year in 2021

-Saquon Barkley is my bounceback player of the year for 2021.  I feel like next year is the year that the Giants take a step forward and Saquon will be a big part of that.  Easily a top 5 talent when healthy. Saquon should finish as a top 5 back next season barring injury.

Mitchell Trubisky – Everyone expected him to be replaced by Nick Foles sometime this year, but no one thought he would come back and actually be relevant during the fantasy playoffs. Through weeks 14-16 Trubisky threw 6 touchdowns and also ran 1 in on the ground.

Justin Herbert – There wasn’t a moment in this past off-season where I ever thought that Herbert could’ve been as good as he’s been. Let alone be a QB1 on the season.

Ezekiel Elliott – How is he not everyone’s biggest disappointment. Barkley and McCaffrey have injuries to blame but Zeke…come on.

Todd Gurley – No one was hoisting Gurley over their shoulders screaming that he would be a top RB this year (or ever again), but his small involvement in the passing game, coupled with his ridiculous drop in yards per carry after week 5 led to his eventual

Zach Ertz – Touted as one of the best TEs in the league, he was a no-brainer coming into the season. But not even he could escape the troubles and changes that blanketed the Eagles this season.

James Robinson – I know he’s an RB and that you can find RBs anywhere, but to come in as an undrafted free-agent and become a top 5 RB on the season is amazing.

Justin Jefferson – Rookie WRs usually need some time to bloom. Jefferson is a WR1 on the season on a team where he’s not even the WR1. Maybe when he starts to see the top cornerbacks cover him that’ll change, but what he did this year was amazing.

Bounceback Player of the Year in 2021

Leonard Fournette – If I’m not putting an injured player as a “biggest disappointment”, then I won’t put one here. I see Fournette landing on a team that could use his services again next year. As RBs keep dropping like flies, an opportunity will present itself.

All the hype at the NFL draft was centered around Joe Burrow and Tua Tagovailoa. Justin Herbert ended up being the Rookie Quarterback that shined and quickly became a must start for Fantasy purposes. Ended up QB10 through 15 games but only started 14 of those games. Herbert should be a top option at QB for years to come.

Having several Ezekiel Elliott shares It was tough going all season it seemed and he never really got it going. RB11 is not what anyone was hoping for when taking him In the top half of the first round in 2020.

There were a few guys that had great Rookie seasons but none that stood out more to me than Justin Jefferson. Through 15 games he has 79 Catches 1267 Yards and  7 TD’s. He ranks as the number 8 Reciever in both PPR and Standard format. He will be rocketing up redraft draft boards and will be one of the first WR’s off the board in Dynasty league startups in 2021.

Bounceback Player of the Year for 2020

Stefon Diggs Went from WR24 in PPR in 2019 to WR3 through 15 games in 2020. I don’t think most in the fantasy Community thought this would be a good marriage between Josh Allen and Diggs but it’s safe to say it much more than that. From Week 1 on, they’ve had a great connection that’s only getting stronger.

With Dak Prescott hopefully back in the fold Ezekiel Elliott should bounce back to what we have come to expect from Zeke since he’s come into the league. Their offense has all the tools to score in bunches and support several top-level fantasy stars. I’ll be looking to get a small discount on Zeke in 2021.