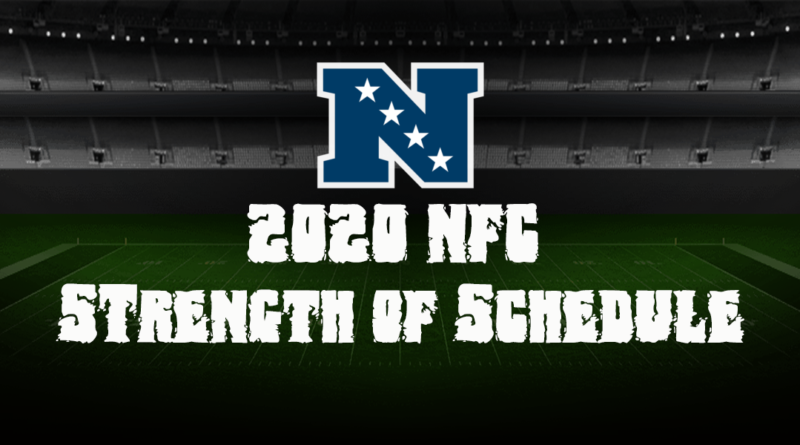 The strength of schedule is one of the important factors that we examine when we are projecting a fantasy player’s potential production for the following season. We are not saying these players will perform poorly, or that they will not have value. We are purely stating those players that have good SOS versus bad SOS. When it comes down to picking between two players, sometimes the SOS will be the deciding factor. I have decided to go outside the top ten at QB, RB, and the WR positions as well as outside the top 8 at the TE position. I believe that while Strength of Schedule does not have a massive impact on elite players, the impact is significant on players that you will draft outside of the first few rounds.

I could go into the actual schedule for the Lions, but I really don’t have to. Stafford is always a great value at the QB position. This year he probably has the most complete offense that he has had in a while. The Lions defense is also nothing to write home about. There will be plenty of shoot outs this year, and they will be relying on Stafford to move the rock. Staffords SOS is solid, and so should the production he puts out in 2020.

Teddy is not a sexy pick, and he never will be. He opens the season against the Raiders, Bucs, Chargers, and Cardinals. His story is similar to Staffords in that his defense will be subpar. That will leave plenty of opportunities for Teddy to use his arm, and will give him a solid chance at putting out decent fantasy production. Teddy is going in the last rounds of drafts, or even undrafted. With the easiest SOS at his position, I believe Teddy will be a viable streaming option for those who wait on QB.

Jones showed promise last season, but he also had a decent amount of hiccups as a rookie. His fumbles and interceptions were decently high, and that might not change. Especially when his season starts with the Steelers, Bears, 49ers, and Rams. Jones should produce at times, but can’t be relied upon as a starting Quarterback early in the season. He will more than likely have to be a streamable option to have value for your fantasy roster.

It shouldn’t be hard for you to want to avoid taking Goff as your QB this year, as he has had an up and down career. I would put my money on the down for this upcoming season. He still has talent on the offensive side of the ball, but his offensive line looks like a piece of swiss cheese. If anything Goff should be looked at as a bye week streamer as long as the matchup is favorable.

Gurley is back! I don’t think he could have landed in a better spot. The Falcons are one of those teams that love to run the ball and have a high powered offense. Gurley should get the rock on a consistent basis and should get a decent amount of goal-line touches this upcoming year. He also has no competition at the RB position. The Falcons are going to run him until the tires fall off. With a solid SOS and the lead back duties, Gurley should be a solid RB2/3 this upcoming year for your fantasy rosters.

One year after being a fantasy sleeper as a rookie, Montgomery is a solid value entering his second year in the league. He was extremely disappointing in his first year, but I believe that was because of play calling and the team’s inability to move the ball downfield. His ADP and SOS both point to Montgomery being a value at the position this upcoming year.

Mostert was amazing last year, nobody could deny that. Another key fact is that their offensive line should be in the top 10 this year. But their strength of schedule is decently tough this year, and we all know how Coach Shanahan likes to switch things up at the RB position. Mostert seems like one of those players that can either perform like last year or could totally bust.

I know a decent amount of people who are high on Akers and for good reason. His talent is undeniable, and he should be the lead back for the Rams this year. The downside is that he walks into a position with one of the worst offensive lines in the league. Now everyone will say that he had a horrible line in college, which is true as well. But he wasn’t playing against the likes of the 49ers, or any other NFL defense for that matter. Which is why I would temper expectations this year for Akers. His SOS is the worst in the league. If you are looking for consistency, I would look elsewhere. Akers is a boom/bust flex play this upcoming year.

I feel Allen is one of the most underrated WR’s this upcoming year. He has the easiest SOS, and also has an improvement at the QB position. Foles is not appealing to the eye but should give Allen consistency and a solid floor in 2020. You don’t need the SOS to make you want to draft Robinson, but it surely doesn’t hurt either.

It seems that Carolina has a great SOS at almost all of their positions, which provides upside for the key pieces of their offense. DJ has already been looked at as a breakout candidate for this year, after having a great year last year. With an improvement at QB, I believe that DJ is primed to outproduce his current ADP. His SOS should only help you make the decision to draft him this upcoming year.

Slayton came out of nowhere last year, and I believe he will be the WR1 for the Giants. That does not mean that he will be anywhere near a WR1 this season. The Giants come into 2020 with a hard schedule ahead of them, and things could be very disappointing from the get-go. They start off with the Steelers, Bears, 49ers, and Rams. All of whom defenses should give the Giants trouble to start the season. Slayton is not coming at a heavy price but if there is a similar player there with a better SOS, I may very well decide to go with the upside of the other player.

As an Eagles fan, this hurts. But when you look at it realistically, the Eagles don’t have the easiest SOS for their receivers. Reagor is going decently late in drafts, which does limit the amount of risk involved. He could very well turn into the #1 target for Carson Wentz during the season, but I believe he will be blocked at the beginning of the season by Desean Jackson. There is value to be had, but it may not be seen right away.

It seems if your Quarterback has an easy schedule, so does your tight end and that makes sense. Hockenson has the third easiest schedule at the tight end position this upcoming year. We could tell from last year that he has the ability to be an elite tight end, but ultimately underperformed. Which is not uncommon with rookie tight ends, as they usually don’t perform consistently in year 1. Year 2 could very well be the year for Hockenson as the Detroit Lions are primed to rely on their offense to win them games. Hockenson should come in as the #3-4 target this year, but could very well work his way to #2 behind Golladay if things go his way. His red-zone scoring ability should not be overlooked as well. Hockenson’s SOS is just an added bonus when breaking down his potential breakout year. Roll the dice on Hockenson at his current ADP, and I believe you won’t be disappointed.

Ian is very similar to T.J., in the sense that his team will be relying on the passing game to succeed. Ian is unproven, but when called upon has shown glimpses of talent. Now that Greg Olsen is finally out of town, Thomas is at the top of the tight end position for the team. When you are looking to gamble on tight ends, you aim for an athletic and physically gifted type of player. Ian fits that mold and should have upside at the tight end position.

This is not a slight at Gronkowski, but his SOS is the second hardest this upcoming year. If this was a couple of years ago, I wouldn’t be writing about Gronk. He is no longer the elite player that we knew and loved. We saw a decent decline in his last year with the Patriots which was over a year ago. Now the tight end position is wishy-washy in itself, so I do not blame you for taking Gronk. He still has immense upside at the position, as his connection with Tom Brady is undeniable. But if you are choosing between him and another tight end at the same tier, you have to consider that his schedule is not necessarily appealing.

Hurst is everyone’s sleeper this year, and for good reason. He should receive a decent amount of targets and with how the tight end position is that is a good enough reason to draft him. But like I said above about how the QB/TE SOS is very similar, it holds true for Hayden and Matt Ryan. They are both on the back end when it comes to SOS. I am confident that Ryan will produce, as well as the top two receivers in Atlanta. Hayden’s situation might be a little murkier and less consistent which could leave fantasy owners frustrated on a week to week basis.

If you are in need of some fantasy football help for your 2020 Drafts. Then make sure you check our 2020 Draft Loadout for only $10 by clicking here! Also, make sure you are following me on Twitter @JGalt93 and the shows handle @TheHateful8FF.