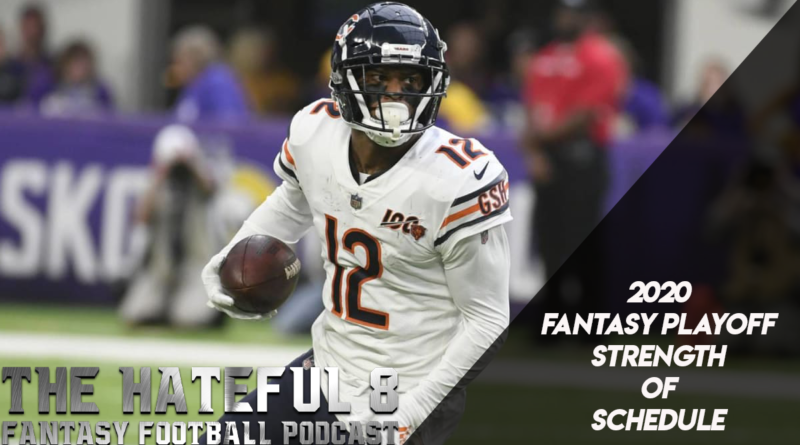 We are at week 10 of the fantasy football season, which means we are in the stretch run. Teams are jockeying for position to grab a playoff spot, and hopefully, make a run at a league championship. Trade deadlines are quickly approaching as well, here is a list of some players with favorable and unfavorable fantasy football playoff matchups:

QB Joe Burrow Cincinnati Bengals – The Bengals stud QB has definitely lived up to the first overall pick hype, throwing for over 300 yards in 5 of 8 games played this season. They say everything is bigger in Texas, this stands true for fantasy points allowed to QBs and Burrow draws both the Cowboys and Texans in the playoffs, who are ranked 22nd and 29th against opposing quarterbacks respectively. He does have a tough test against the Steelers as well but as the season has gone on Burrow is almost a must-start each week.

RB Phillip Lindsay, Denver Broncos – While the Denver offense has been a bit inconsistent this season, Lindsay has been a bright spot, when healthy. He is currently averaging 5.8 yards per carry this year and he has a juicy playoff schedule facing the Panthers who are 29th against the run, the Bills who rank 17th, and the Chargers 23rd. Given Denver’s injury woes right now and falling behind early in games, the game script couldn’t be more perfect down the stretch for Lindsay.

WR Allen Robinson, Chicago Bears  – Even though A-Rob has been disgruntled with the Bears this season and their lackluster offense, he is still managing to have himself a very nice year. He’s racked up 57 catches for 712 yards and 3 touchdowns. He also has one of the best playoff schedules amongst all fantasy wide receivers. Two of his three playoff matchups are against bottom 5 opponents, the Texans 28th and Vikings 30th, he also has the 23rd ranked Jaguars on championship weekend.

TE Rob Gronkowski, Tampa Bay Buccaneers – Gronk and Brady. Playoff time. Name a better duo….I’ll wait. I don’t care that it’s fantasy playoffs these two have chemistry and with OJ Howard going down for the season Gronk is the clear #1 tight end in Tampa. With the teams they face in the playoffs it’s hard not to start salivating even 4 weeks out. Gronk starts the playoffs facing the Vikings who rank 23rd against tight ends, then he gets a beauty match up against the 32nd ranked Falcons, finally, he gets a championship matchup against the Lions who rank 12th but at that point, their season will have been long since mailed in (sorry Lions fans). Go out and try to acquire these guys if you can now to help give you that extra boost in the fantasy football playoffs.

QB Deshaun Watson, Houston Texans – It pains me to write this as Watson is one of my favorite Qbs in the league. He finally rid himself of Bill O’Brien and is averaging just over 26 fantasy points a game since. No doubt he is an outstanding talent but his playoff schedule is nightmarish. He draws the top two defenses in the league against Qbs in Chicago 1st and Indy 2nd which will make it tough to make use of his probable shootout with Burrow and the Bengals championship weekend. Proceed with caution with Watson.

RB – Clyde Edwards-Helaire, Kansas City Chiefs – CEH has had a bit of an up and down rookie season, with some flashes of brilliance and fantasy duds. He currently has failed to crack the 50-yard rushing mark in three straight games. His fantasy playoff schedule isn’t very rewarding either, add the fact the Chiefs added Bell who could steal some touches down the stretch if the Chiefs have a playoff spot secured early. He faces two defenses who have been on the rise in the Dolphins 15th and Falcons 11th against the run with a match-up in between with the best run D in the league in the Colts 1st.

WR Justin Jefferson, Minnesota Vikings – As a Vikings fan I couldn’t be more thrilled with the way Jefferson has played this season. He has cushioned the blow of losing Stefon Diggs this offseason, and given hope he will be able to take over the top WR spot on the team when Thielen is ready to hang em up. Unfortunately, Jefferson’s playoff schedule is a rough one, facing the 8th ranked Bucs than the 2nd ranked Bears.

TE Darren Waller, Las Vegas Raiders – I know it’s probably blasphemous that I even put a player like Waller on the “Buyer Beware” list, but the Raiders have a very strange offense. Some weeks they look like they’re ready to take the next step but then they’ll follow it up with a doozy. I also have a tough time considering Waller a stud, he has only scored over 15 fantasy points in 50% of games this season putting up performances of 2.9 and 7.7 points in the games he has failed to reach that mark. In his fantasy playoffs he draws two of the top three defenses against tight ends, the number one ranked Colts and the number 3 ranked Dolphins.

Hopefully, this list will help you prepare for your fantasy football playoffs and get you that championship! Best of luck to you all.