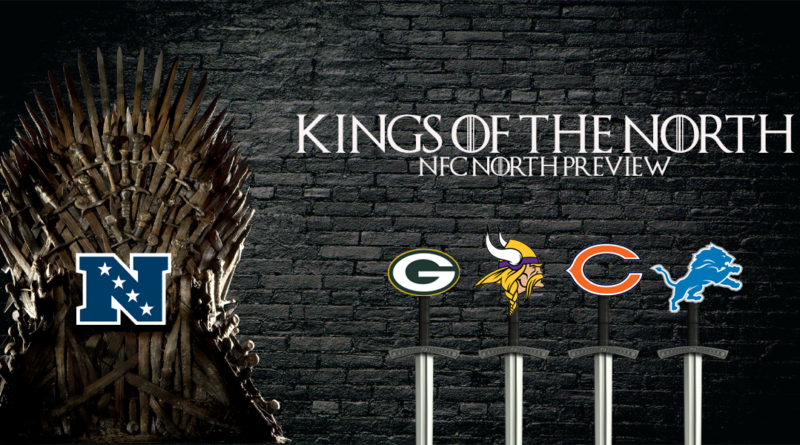 The 2020 NFL offseason is well underway, with only the NFL draft left as the last big milestone later this week. Now that the initial wave of free agency is finished and most big-ticket cap casualties have been released we can evaluate teams heading into next season. Today I will be diving into the NFC North division.

After a very successful 2018 season, there may have been some unrealistic expectations for the Bears heading into 2019. Mitch Trubisky’s play was underwhelming to say the least, ultimately leading to the team going out and trading for Nick Foles. The defense wasn’t nearly as dominant as they were in 2018 either, although it’s hard to blame them when the offense wasn’t able to stay on the field. With the Bears tight to the salary cap it was hard to add talent to the group they already have, and many veterans were let go as cap casualties like Trey Burton and Leonard Floyd. Without a first-round pick in 2020, young players stepping up and hitting home runs with their draft picks will be the key to challenging for the division in 2020 for the Bears.

The Lions were abysmal in 2019 to say it bluntly. Losing Matthew Stafford for the latter half of the season basically ended any hopes of success the Lions may have had, as they were only a game below .500 before his season-ending back injury (3-4-1). Stafford’s injury may have bought head coach Matt Patricia and general manager Bob Quinn one more season and they did not go quietly into free agency. Basically acquiring every New England Patriot free agent available, the Lions are going into the 2020 season as the Patriots 2.0. The 3rd overall pick will help add a blue-chip prospect to a roster with plenty of holes. Anything short of a playoff appearance this season will seemingly spell the end of the Matt Patricia and Bob Quinn era in Detroit.

Having Aaron Rodgers stay healthy for the entirety of the 2019 season helped the Packers reach the NFC championship game. Other than winning the Superbowl, this season couldn’t have gone any better for the cheeseheads. When you go 13-3 you don’t really have a ton of holes to fill on your roster. They replaced Bryan Bulaga and Blake Martinez with Rick Wagner and Christian Kirksey in free agency, both who could be considered upgrades at their positions. Fans seem to want the team to take a WR with the 30th overall pick in the draft and with the way this roster is shaped, and with minimal turnover this offseason, that pick will be a luxury. I fully expect Green Bay to contend for the division again in 2020 and wouldn’t be surprised to see them in the NFC championship game again.

Many people seem to be pegging the Vikings as rebuilding going into the 2020 season, but I don’t think that is the case. While the Vikings have limited cap room and are trying to work out a contract extension or trade with safety Anthony Harris, they also have ample draft picks to replenish this roster. With how deep the 2020 draft class is, the Vikings could be poised to make another playoff run. Their secondary was an embarrassment in 2019 and an injection of youth to change things up was needed. The trade of Stefon Diggs was necessary as well, not only for the attitude in the locker room but also because Minnesota has a run-first offense. General Manager Rick Speilman loves…and I mean LOVES…his draft picks, having 12 going into such a deep draft class I fully expect him to make the most of his draft capital. I predict the Vikings to challenge for a wild card spot in the 2020 NFL season.