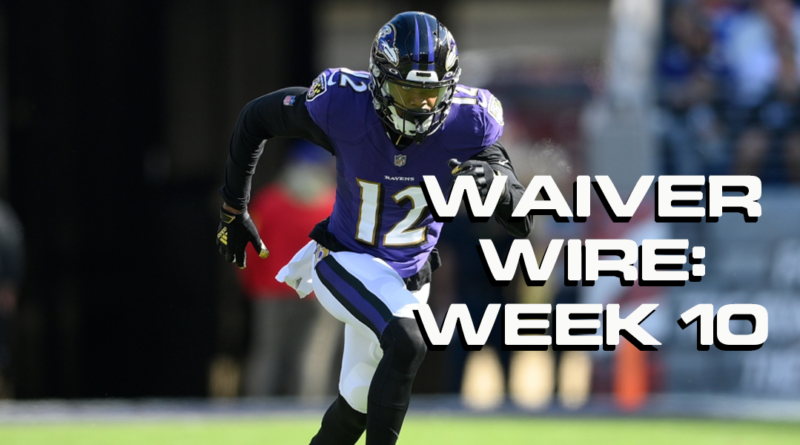 Carson has been great over the last three weeks, and he has another great matchup this week against the Jacksonville Jaguars. He is not quite a set it and forget it type of player, but he is certainly a streaming quarterback with high upside depending on the matchup. Wentz is a high-end QB2 with upside this week.

Just when I thought that Ryan was going to be a lackluster play against the Saints, he completely balled out and had one of the best fantasy days for QB’s in week 9. This week he has a decent matchup against the Dallas Cowboys. If you are in need of a streaming option this week, I would be fine with starting Ryan. He is a mid-tier QB2 with upside in week 10.

Big Ben is not the same old player that we knew from the past, but that doesn’t mean that he can’t be a viable streaming option depending on if he has a great matchup. This week against the Detroit Lions is exactly one of those matchups. The Steelers should be able to put up points through the air and through the running attack. If you are in need of a streaming option, there are worse options than Ben this week.

It has been clear that over the last two weeks Jordan Howard is the lead running back for the Philadelphia Eagles. He has received at least 12 carries in each of the last two games and has been able to produce solid stats. Now Howard only has value for about one more week as Miles Sanders should be returning from injury. If you are in need of a one-week running back rental, Howard would be my top add this week. He is a solid flex play with upside this week against the Denver Broncos.

As I stated last week, Ingram is a solid add for anyone that needs some running back steps. He offers weekly flex value and he’s also one of the highest value backup running backs in the league. Even if you do not roster Alvin Kamara, I would still recommend picking up Ingram. He is a solid weekly flex, especially in matchups where the Saints should be in the lead.

To my surprise, Johnson has been a solid flex play in most of his matchups this year. He looks to be utilized by whichever quarterback is playing and I don’t see that changing in the future. Johnson should continue to have success, even with being on a lackluster New York Jets offense. Johnson is in mid-tier flex with upside depending on the matchup.

Somehow, Bateman is still rostered in under 50% in most leagues. He has had a decent target share since returning from injury, and that should only continue as the Ravens are playing at a high level. If you are in need of wide receiver help, Bateman would be my top add to the position this week. Bateman is a high-end flex with an upside depending on the matchup going forward.

Elijah looked amazing this past Thursday against the Indianapolis Colts. Now it is hard to trust a player on the New York Jets consistently, but he is worth adding going forward. He looks to be the best wide receiver on his team and is being utilized by whichever quarterback is playing. Moore offers a decent floor with great upside on a weekly basis. He is a low-end flex with an upside depending on the matchup.

Patrick once again looked great for the Broncos. We all expected that with the return of Jerry Jeudy, that Patrick would no longer be involved enough to warrant starting him in fantasy football. We were wrong. Patrick is worth adding this week; he has flex value with touchdown upside on a weekly basis going forward.

Pat sure showed that he can be the top-tier tight end that we expected him to be at some point in his career in week nine, and there’s no reason why that shouldn’t continue going forward. I don’t expect 18+ point games on a weekly basis but what I do expect is a great floor and massive upside for the 1st year tight end. If you are in need of a tight end, I would make Freiermuth my top add at the position this week. He is a low-end TE1 this week against the Detroit Lions.

Thomas is supposed to be returning from the IR this week and should walk right into his starting position. If you are in need of a solid starting tier tight end, I would look to roster Thomas in week 10. He offers low-end TE1 upside right off the bat this week against the Tampa Bay Bucs.

Arnold once again looked great when it comes especially when it comes to the tight end position. At the tight end, you either want somebody who is very likely to score attention or someone who is receiving enough targets on a regular basis. Arnold offers upside on both of those accounts, especially since he looks to be one of Lawrence’s most trusted targets. If you are in need of a stable play at the tight end position, I would look to add Arnold in week 10. He is a mid-tier TE2 with upside going forward.