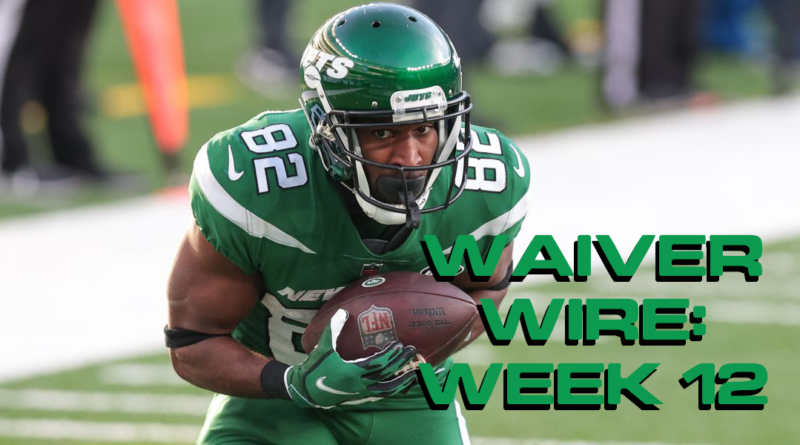 Tyrod isn’t a league winner but he is a serviceable streaming option this week against the New York Jets. Although this game is gross, there is a good chance that it will be a decently high-scoring matchup. If you are in need of a streaming option, you could do worse than Taylor this week. Taylor is a mid-tier QB2 with upside in week 12.

Heinicke should be the starting quarterback for the Washington Football team this week, as I don’t believe Fitzpatrick will be back this week. Taylor has a great matchup against a weak Seattle defense this week. If you are needing a solid starting option I would look to stream Heinicke this week. He is a mid-tier QB2 with decent upside.

We know what we get with Jimmy most weeks, which is a solid floor with decent upside. If you are coming into the week and want a solid 15+ points from your QB, Jimmy would be the guy to stream this week. He is a mid-tier QB2 with upside in week 12.

Freeman looks to be the guy in Baltimore as he played great this past week, especially compared to Latavius Murray. If for some reason Freeman is available in your league, he would be my top add at the running back position this week. He is a low-end RB2/high-end flex going forward.

With Michael Carter being out due to injury, I would believe that Johnson would be the next guy up for the New York Jets. Johnson has shown upside throughout most of the year, he is the most talented back on the team outside of Carter. If you are in need of a one-week rental at the running back position, I would add Johnson this week. He is a high-end flex with upside in week 12 against the Texans.

**I believe that we are finally at the point where there is not necessarily any real talent left on the waivers for running backs. This is the point in the year where I believe adding top-tier running backs back-ups is a good decision.**

The following are the running backs on the waivers that are rostered in under 50% of leagues that I would add for upside:

This should be the last week that Elijah is available on the waiver wire. He has shown consistency over the last three weeks regardless of who his quarterback is. He has also shown that he can score touchdowns regardless of how difficult the matchups are. Moore is a low-end WR2/high-end flex going forward.

I know it’s crazy having two Jets receivers on the waiver article… but I honestly think they can both perform well this week against the Houston Texans. Crowder has been receiving a decent target share over the last couple of weeks as well. If you are in need of a bye week fill-in/ flex option this week, Crowder should be able to fill that role against the Texans in week 12.

This is not an add for the faint of heart. We all know what Goodwin is, which is purely a boom/bust type play. But without Allen Robinson, there is a chance that Goodwin could be a serviceable streaming option. This week in a great matchup against the Lions. If you need pure upside, Goodwin is your guy this week. He is a low-end flex with tons of upside in week 12.

Thomas should finally return from the IR this week and it is a great matchup against the Seattle Seahawks. Now I would add Thomas but also would have a backup plan in case he isn’t ready for week 12. If he does play he is a great start and should fall into the high-end TE2 tier for this week.

Conklin’s performance this past week was a little disappointing but he still gave those that started him a floor play at the tight end position. I believe better days are ahead for Conklin as Kirk Cousins usually spreads the ball around. If you are in need of a tight-end streaming option for week 12, Conklin should be a good play against the 49ers this week.

Arnold gave fantasy managers a big ol’ goose egg this past week, but that isn’t a reason to give up on him. Outside of this past game he had been a solid contributor and had been receiving on average around 5-7 targets per game. Arnold has a great matchup against the Atlanta Falcons this week. Start him with confidence in what should be a good matchup for the Jaguars. He is a high-end TE2 with an upside in week 12.