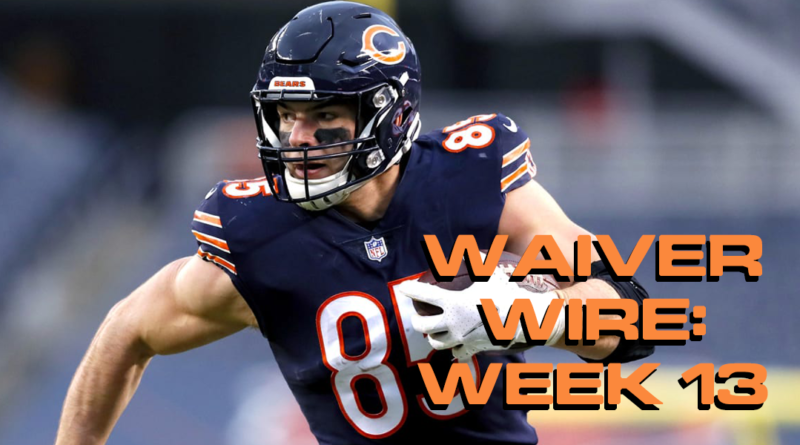 Wentz once again looked great this past week against a formidable foe in the Tampa Bay Bucs. This week’s matchup is much simpler as the Colts play the Houston Texans in week 13. If you are in need of a streaming option this week, Wentz is at the top of my list. Wentz is a low-end QB1 with upside this week.

Hill is once again the guy for the Saints and it comes at the perfect time against a beatable Cowboys defense. The Cowboys defense has been off the last couple of weeks and I doubt they will be able to get it under control by this Thursday. Taysom offers a safe floor and a great ceiling as he has had success with his legs in the past. If you are in need of a streaming option, Hill is a great choice this week. He is a high-end QB2 with an upside.

Taylor didn’t perform as well as expected but he did offer the safe floor that we know he can on a weekly basis. Taylor is a solid streaming option this week against the Indianapolis Colts. He should be able to offer you a safe floor with a solid ceiling in week 13.

I doubt that Mattison is available in your league but if he is he is worth all of the marbles. Mattison will be the guy in Minnesota until Cook comes back from injury and there is no certainty on how long that will be. Mattison is a low-end RB1 with an upside going forward.

I know that some believe that Abdullah is the next guy up for the Panthers, but I am not so sure. We have seen what Abdullah has been able to do in the past but he has never been consistent enough to keep a starting job. This is why until now he was the 3rd or 4th string running back on whichever team was currently playing for.  I believe in the talent of Hubbard over Abdullah going forward. If you have the space, adding either running back could pay off. That is especially true if you are running back needy. Hubbard should be a high-end flex with an upside going forward.

**I believe that we are finally at the point where there is not necessarily any real talent left on the waivers for running backs. This is the point in the year where I believe adding top-tier running backs back-ups is a good decision.**

We have been waiting to see who emerges for the Rams after Woods went on season-ending IR, it looks like it could be Van Jefferson. Jefferson looked great this past week and should be the field stretching option for the Rams going forward. If you are in need of a WR going forward, Jefferson would be my top add at the position. He is a high-end WR3/flex with upside going forward.

Bourne to be wilddddddd! Bourne has been known to be a touchdown or bust kind of player and that is still what he is. The fact is that his consistency has gotten a little better but not enough to be trusted on a weekly basis. This week’s matchup against the Bills is also not ideal. If you are in need of an upside play this week, then Bourne is your man. Bourne is a flex play with a high floor but a low ceiling going forward.

The future is bright for Bateman, so don’t give up on him just yet. The Baltimore Ravens as a whole has been off the last two weeks, I expect them to bounce back this week against the Steelers. If you need some wide receiver depth, Bateman is a great option going forward. He should be a flex play with upside going forward.

Kmet has shown that he is a viable streaming option no matter who is throwing him the ball. Kmet has been receiving a decent target share over the last couple of weeks which also makes him an interesting fantasy option. At such a volatile position, getting any type of consistency and floor is always wanted. If you are in need of a solid tight end, you could do a lot worse than Kmet going forward. He is a high-end TE2 with upside depending on the matchup.

Darren Waller looks like he is going to be doubtful for at least this week, which makes Foster a top add at the tight end position. The tight end position is a fantasy wasteland as of late, so we are looking for whatever upside we can find. Foster did well the last time he was asked to be the starter, so I would be optimistic that he can do it again this week. Moreau is a high-end TE2 with an upside in week 13.

I totally knew that Doyle was going to have a great game this past week… not. The fact is that Doyle is no longer the consistent option he had once been. The issue is that there are not a lot of tight-end options that can have such a high ceiling and are in an offense that is performing at a decent rate. If you are completely desperate, you could do a lot worse than Doyle this week against the Houston Texans.