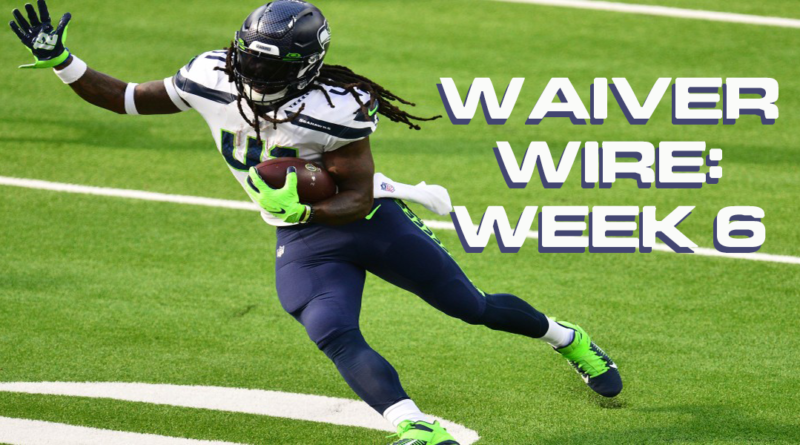 Darnold had a terrible game, especially when you look at the rest of his games so far this year. That said, I am still confident that Darnold is a decent streaming option going forward. The Panthers should have Christian McCaffrey back in week 6 which should make a huge impact in the passing and run game. Darnold may not get rushing production as he has in the past but he certainly will have chances to score plenty of touchdowns. This week the Panthers face the Vikings which should be a good matchup for both offenses. If you are in need of a bye week fill-in I would be comfortable starting Darnold in week 6. He is a mid-tier QB2 with upside in week 6.

Lawrence has had ups and downs this year but he has been able to have decent fantasy production over the last two weeks. This week he faces a decent matchup against a Dolphins defense that has surrendered plenty of points this season. Lawrence has enough options in the running and passing game to have success if the matchup is right. If you are in need of a bye week fill-in, Lawrence is a good option this week. Lawrence is a QB2 with a solid floor and decent upside.

Bridgewater was dealing with a concussion this past week but was ultimately cleared to play against the Steelers. Surprisingly Bridgewater was able to put up a decent day against a tough opponent. This week the Broncos face an easier opponent in the Las Vegas Raiders. If the aforementioned quarterbacks are not available then I would be willing to stream Bridgewater this week. Teddy is a QB2 with a decent floor in week 6.

With Saquon dealing with a pretty bad ankle injury, Booker came into the game and delivered a solid stat line this past Sunday. Saquon is going to miss around 2-4 weeks at the very least, which makes Booker an interesting add-off of the waiver wire. Booker should receive a decent number of carries going forward and is able to do some damage in the passing game as well. Booker is a low-end RB2/high-end flex until Saquon gets back.

Similar to Booker, Williams is now the lead back for his team after Clyde Edwards- Helaire injured his knee this past week. We have seen Williams succeed when given the chance. He is a solid high-end flex play going forward.

Collins filled in last week for Chris Carson and was a viable fill-in. There is the chance that Carson will be back this week, regardless we now have to accept that Collins is the next man up for the Seahawks. If you have Carson or need a flier on a top-tier backup, then Collins would be your guy. If Carson is out Collins is a high-end flex, he also carries low-end flex value every week even if Carson plays.

Callaway was underperforming for the first two games so everyone pretty much wrote him off. Over the last three weeks, Callaway has had a combined stat line of 10- 200-3, which is pretty good for a guy that is owned under 50%. The Saints are on bye this week and there is the chance that Michael Thomas will be coming off of the IR in week 7. With all that being said Callaway is still a top wide receiver option for this week’s waivers. Callaway is a high-end flex going forward.

Toney has been a complete stud over the last two weeks. He has been amassing a massive target share and looks to be an upcoming star for the New York Giants. There is some speculation about how Toney will do once Golladay and Shepard return from injury, but I honestly believe that he will continue to do well going forward. If you are in need of a wide receiver with massive upside then you should take a chance on Toney. Toney is a high-end flex with WR2 ability every week.

St. Brown hasn’t been what we had hoped but over the last two weeks, he has been a solid flex play. It looks like his target share has been increasing and he is becoming one of Jared Goff’s trusted targets. St. Brown doesn’t have game-winning upside right now but he offers a really nice floor every week. If you need a bye week fill-in/ flex play, St. Brown is a decent option.

If Knox and Schultz are no longer available then I believe that Hunter Henry is the best option left on the waiver wire. In the last three weeks, he has been receiving at least 5 targets and has scored a touchdown in two of the last three. The combination of targets, yardage, and touchdowns is an ultimate trio that we want our starting tight ends to receive. If you are in need of a tight end Henry would be my top option this week. Henry is a high-end TE2 this week against the Dallas Cowboys.

Parham is an intriguing prospect at the tight end position going forward. Over the last two weeks, he has scored a touchdown in each game and that is enough for me to want to keep an eye on him going forward. The Chargers offense is playing at a high caliber right now so getting a piece of that kind of action is always a good idea. Parham would be an add and bench for the moment, that way we can see if his production continues. If you need a bye week fill-in I would be willing to roll the dice on Parham this week against Baltimore Ravens. Parham is a low-end TE2 with a touchdown upside.

We know that Njoku is talented but he hasn’t stayed healthy long enough for us to see it consistently in the past. This past week he was hyper-targeted by Baker Mayfield and had an amazing fantasy day. Going forward I would not expect him to have that same kind of production but the fact that he received so many targets is reason enough for me to be interested. If you are in need of a low floor/ massive ceiling at the tight end position you would do worse than Njoku. He is a boom/bust TE2 going forward.