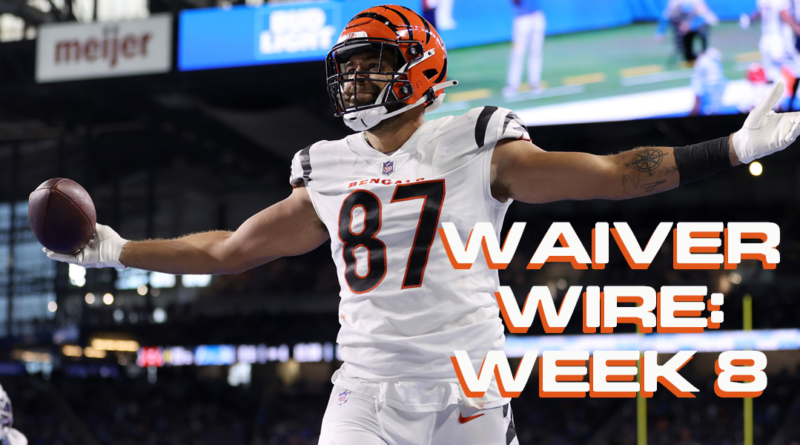 Watson hasn’t been traded as of yet. If he does get traded before next week’s trade deadline then he could have massive value at the quarterback position going forward. If you have the bench space, adding Watson would be a savvy move in week 8. He is my top QB add this week if you don’t need someone to start.

Cousins is in a great position to succeed this week in what should be a high-scoring matchup against the Dallas Cowboys. Although the Cowboys defense has been a lot better this year, they still have the ability to be scored on. If you are in need of a streaming quarterback this week, Cousins would be one of my top additions at the QB position. Cousins is a high-end QB2 with solid upside this week.

I honestly had written off Jones last week and then he once again had a solid fantasy day. This week the Giants face a horrible Kansas City defense, so I like Jones chances at having another streamable day for his fantasy managers. Jones is a high-end QB2 with upside in what could be a very high-scoring game in week 8.

Gainwell has shown flashes of success throughout this year but he hasn’t had any real type of consistency. Miles Sanders is currently dealing with an ankle injury which should sideline him for at least this week’s matchup against the Lions. If you are in need of a 1 week running back rental, then Gainwell would be my top add at the running back position this week. He offers a great floor and a huge ceiling against the Lions this week. Gainwell is a high-end flex with upside in week 8.

Freeman came in and was a solid starting option for those who decided to roll him out against the Bengals. The Baltimore Ravens are on bye this week, so this is purely an add for the hopes that Latavius Murray is still not ready to play after their bye week. If you need running back depth, adding Freeman would be a smart choice. If he is still the lead running back he will have weekly flex value with upside every week.

The Patriots backfield is a mess full of talent and high-scoring upside. The issue is that behind Damien Harris you can’t rely on any other running back on a weekly basis. Bolden has been great two out of the last three weeks, which is why I feel he has the most upside outside of Harris. His value also increases exponentially in full PPR leagues. Bolden is purely a boom/bust type of play at the running back position. He is a low-end flex with an upside going forward.

I think it is easy to write off Kirk because we have seen him be such a disappointment over the years but he has truly been a solid WR all year outside of 1 week. Kirk is not a league winner but he is a viable flex play with upside on a weekly basis. The Arizona Cardinals are playing at a high level, which means all 3 of their wide receivers can perform at a high rate on a weekly basis. Kirk is a high-end flex with upside this week against the Green Bay Packers.

Similar to Kirk, Green has been better than most would have expected this season. With the Cardinals playing at such a high level their offensive weapons have a great value on a weekly basis. The issue is knowing which one has the higher upside on any given week. Regardless, Green deserves to be rostered going forward. He has a decent matchup against the Packers this week in which should be a high-scoring matchup between two elite teams. Green is a solid flex play with upside this week.

Uzomah has been a major boom/bust play at the tight end position lately. He can literally offer you a basement floor but also offers a massive ceiling. He looks to be one of Joe Burrows’ trusted targets and if he starts receiving more targets he could be a viable streaming option on a weekly basis. Uzomah is a high-end TE2 with upside this week against the Jets.

Mo has been Mr. Touchdown lately. He has been a solid streaming opinion over the last 4 weeks and I am willing to roll the dice on him going forward. Most tight ends are touchdown or bust and that is exactly what Mo offers on a weekly basis. If you find yourself in a tough spot, you could do a lot worse than playing Mo this week. He is a mid-tier TE2 with upside in week 8.

Pat isn’t a guarantee but if there was any tight end that I would be willing to roll the dice on long-term that is on the waivers, it is Freiermuth. Before his bye week, Pat was targeted heavily by Big Ben and put up decent yardage as well. The plan for Pat is to add him and see what kind of usage he gets this week. If he continues his level of play from last week then he’s a viable starting option and if he doesn’t you can just cut him. Pat is currently being ranked as a TE3. You most likely will be able to add him off your waivers for free, so his risk is low and his reward is decent if it works out.