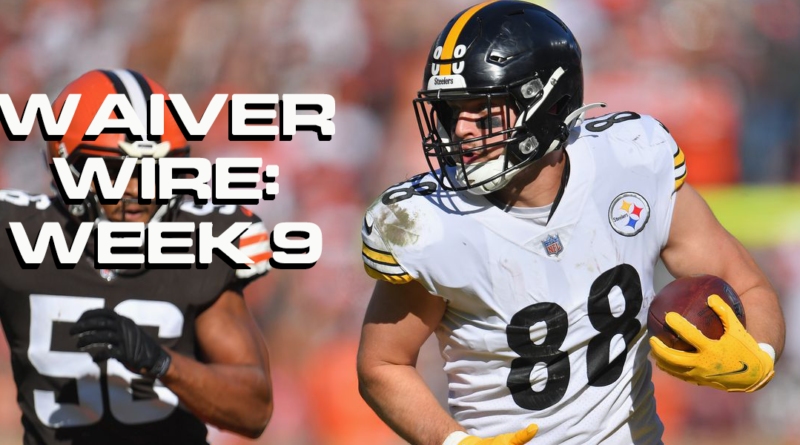 Tua has been hot or cold but has offered a solid floor since returning from injury. This week’s matchup against the Houston Texans is as good as it gets. If you’re in need of a streaming option, Tua offers decent upside in week 9. Tua is a mid-tier QB2 with upside this week.

Wentz wasn’t that great last week but he has been a solid fantasy asset over the last couple of weeks. This week he has a great matchup against a weak Jets defense. If you are in need of a streaming option, Wentz is a high-end QB2 with an upside depending on the matchup.

Keep an eye on Hill’s availability for this week as he is coming off of a concussion. Hill should be the lead QB going forward as Jameis Winston just suffered a season-ending injury this past weekend. Hill has shown what he is capable of in the past and there is no reason why he shouldn’t offer the same upside going forward. Hill is a low-end QB2 currently with a good chance to enter the high-end QB2 conversation going forward.

Peterson went from being unemployed to having the lead running back role on the Titans. He should receive at least 10-15 carries on a weekly basis and automatically becomes the goal line running back. I expect Peterson to be an RB2/high-end flex going forward. We need to see how the Titans offense looks without Henry which is why I am ranking Peterson as a flex play this week. He should be the top running back added in week 9.

Scott surprised a lot of people this past week and looks to be the lead running back for the Philadelphia Eagles until Miles Sanders returns. This week the Eagles have a great matchup against a bottom-ranked LA Chargers run defense. Scott should have no problem racking up some decent fantasy points for those who decide to roll him out this week. Scott is a low-end RB2 in week 9.

We have seen Ingram have success in New Orleans and it looks like he could very well be in line for some success once again. The RB2 for the Saints has had the capability of being a solid flex play with upside every given week. Ingram also factors in as one of the top tiers of backup running backs in the league. Ingram is a flex play this week against the Falcons.

Jefferson is now the sure-fire WR3 for the Los Angeles Rams. The Rams released DeSean Jackson, nearly because they were confident in the capability that Jefferson has. If you are wide receiver needy, Jefferson would be my top add for the position. He is a flex play with a high ceiling every week.

Crowder has always been known to be a PPR machine, and that has not changed. Now that Mike White is the quarterback, Crowder should be able to be one of his main targets going forward. The fact that Cory Davis is also out due to injury helps Crowder’s cause. Crowder is a flex play with upside and for PPR leagues.

Edwards is now the next man up for the Las Vegas raiders. We have seen glimpses of the upside that he possesses and now he has a real chance at producing for the Raiders. Edwards is a great add for those who are looking for a low-risk/ high reward pick-up. Edwards is a flex play this week against the Giants.

This should hopefully be the last time I am writing about Pat on the waiver wire article. He has shown over the last two games that he is the better tight end on the Pittsburgh Steelers. Over his last two matchups he has received at least seven targets, and this past week he had the game-winning touchdown. If you are in need of a solid starting option at the tight end position, Pat would be my top add this week for tight ends. He is a low-end TE1 going forward.

Tyler has been solid considering that he was not on most people‘s radar going into the season. He is looking to be the third option in the passing game for Kirk Cousins, I don’t see a reason why that would change going forward. Tyler has a great matchup this week against the Ravens defense that has been poor against the tight end position this year. Tyler is a high-end tight end two with upside in week nine.

Arnold looked great last week and has been receiving a respectable amount of targets since joining the Jaguars. The Jaguars have a tough matchup against the Bills this week but that doesn’t mean that  I wouldn’t start Arnold this week. Arnold offers a safe enough floor and decent enough ceiling to warrant being streamed this week. Arnold is a mid-tier TE2 with upside in week 9.