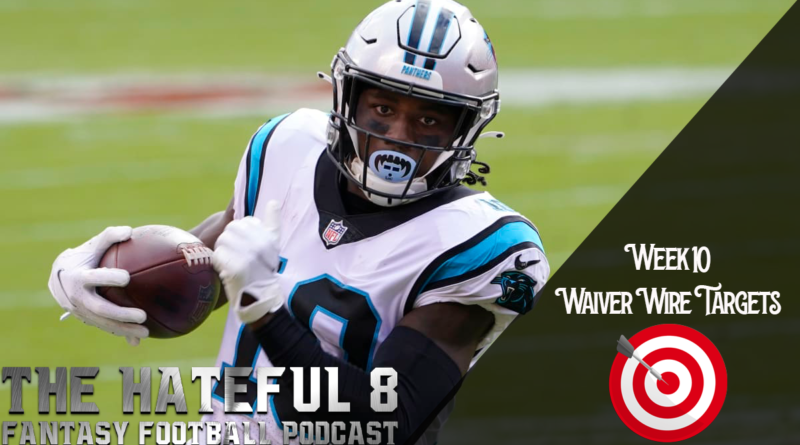 Tua looked exactly like what we had thought he would this past week against the Cardinals. He was firing on all cylinders, he looked calm and in control behind the center. Tua would be my top add at the QB position in week 10. He has the pedigree to succeed and has the weapons to succeed in Miami. If you need a bye week fill-in/ starter from here on out, Tua has the upside of a weekly fantasy starter. Tua is a high-end QB2 with QB1 upside.

Lock looked like the same player that we saw glimpses of last year,  this past week. He connected with multiple targets through the air and showed ability with his legs as well. The Denver Broncos face the Raiders and Dolphins over the next two weeks. If you need a streaming QB during that time, you could do a lot worse than Lock. Lock is a mid-tier QB2 with upside going forward.

Foles is not an attractive addition to any roster, especially with how the Bears have been looking lately. But that being said he still has fantasy upside depending on the matchup. This week he faces a beatable Green Bay Packers defense that gave up decent points to San Francisco’s backup QB. If you are in a tight spot, Foles should deliver streamable numbers in week 10.

David Johnson left Sunday’s game early with a concussion. Now we do not know the severity of the concussion, but it would be reasonable to believe that David will not be healthy enough for his upcoming matchup. Which leaves Duke to handle the workload this week against the Cleveland Browns. If he has the lead back duties, Duke can be seen as a low end RB2 with upside this week.

As long as Devonta Freeman is out, Gallman should continue to be the lead back for the New York Giants. He should receive 10-15 carries and will be the goal-line back. If you are in need of a bye week fill-in, Gallman should be a streamable option.

Samuel has been the most productive Panthers wide receiver, outsourcing both Robby Anderson and D.J. Moore. Initially, I thought his production was an anomaly, but it seems that he is one of Teddy’s most trusted targets. He not only produces through the air but has been used in the run game occasionally as well. If you are in need of wide receiver help going forward, I would look to add Samuel to your roster. He is a weekly high-end flex with upside.

Nelson was a dud one week ago but found his way into the endzone this past matchup yet again. I would look at least weeks dud being an anomaly and that Nelson should continue to have success in the passing game for the Raiders. Nelson is a good addition for those who need a bye week fill-in or flex. He is a low-end flex with upside going forward.

It would be almost impossible to not write about Richie James. He had amazing production this past week against the Packers, but the real concern is if he will continue to have success for the Niners. I am learning that he could have success once again this week, as we don’t know how many of the players will be out due to Covid. Now I wouldn’t expect the kind of performance that he just had, but James should be a serviceable bye-week fill-in/ flex in week 10 against the Saints.

Irv is pretty much the only tight end worth talking about that is owned under 50%. His production was not all that impressive as most of his fantasy points came off of 2 catches for 2 touchdowns. We all know Irv is talented, but it would be hard to rely on him on a weekly basis until we see more consistent production. If you are in a rough spot, you can use Irv in week 10  purely for his upside. He is a mid-tier TE2 with upside.