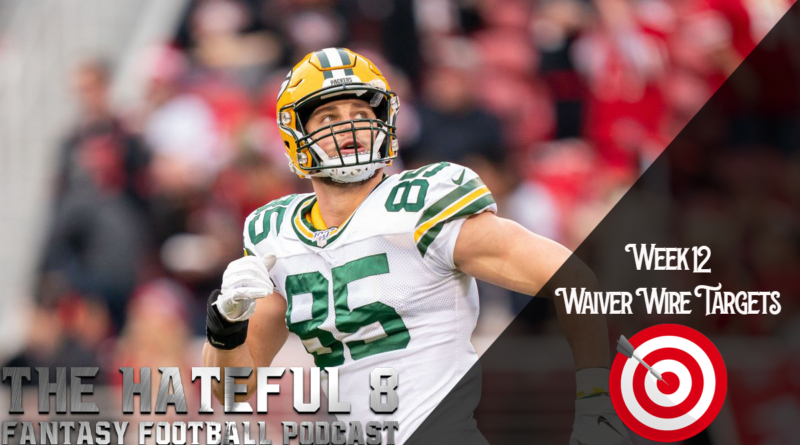 The Vikings might not be doing well, but they are certainly supplying us with Fantasy production on a weekly basis. Cousins is not a league winner but is a serviceable streamer depending on the matchup. I like his chances of providing another streamable in week 12. Cousins is a QB2 with upside.

Derek did exactly what we had thought he would, he was a solid streaming option against the Kansas City Chiefs this past week. Going forward is going to depend on the matchup, Derek will be a stripper bowl asset from here on out. He is a mid-tier QB2 with upside.

Rivers performed well this past week and he has the chance to do so this week against Tennessee. If you are in a tight spot, Rivers will be a streamable option this week. He is a mid-tier QB 2 in week 12.

Until further notice, Gallman is the lead back of the Giants. He has been really good over the four weeks before his bye and should continue to have that type of production this week in Cincinnati. Gallman is a high-end flex with upside going forward.

I don’t know if anyone really knows what is going on with Chris Carson in Seattle. I certainly do not, which makes me want to get his back up everywhere I can. The current healthy back up is Carlos Hyde. If Chris Carson is out once again this week, Hyde is a high-end flex with upside.

Frank is the eternal running back of the NFL. It does not surprise me at all that he is still playing at a decent enough rate to be talked about in fantasy football. With Lamical Perine dealing with an injury, Gore should be the lead back in week 12. He is a flex with upside this week.

Agholor has been hit or miss this season. If you look at his stats this year, he is having a touchdown every other week. This means I would probably bench him this week, and play him next week( Just kidding of course). He is a streamable option going forward. Agholor is a flex with upside.

Gage was looking good at the beginning of this season and then faded as the season went on. He once again received a hefty target share this past week. Julio Jones had some sort of injury during the game but ultimately came back in. If Julio were to be out this week, Gage would be worth an add for those who need WR help. Gage is a low-end flex with upside.

Mims has been looking good over the last two weeks. He is looking like the Jets up and coming WR and therefore is worth a speculative add for those that need a solid floor with high upside potential. Mims is a WR3/ Flex going forward.

Robert has been hot and cold this year. This past week he produced and got into the end zone. He is worth an add if you need a streamer/bye week fill in. Tonyan is a high-end TE2 going forward due to the high caliber of his QB/ team.

Richard is still being targeted even with Dallas Goedert being back from injury. If you are tight and needy, Richard is a reasonable ad going forward. He is a TE2 with touchdown upside.

Jordan has been hot and cold this season, but that’s to be expected at the title and position. He is a tight end that I would like to keep an eye on going forward as Watson likes to target him. Jordan is a low-end TE2 with upside.