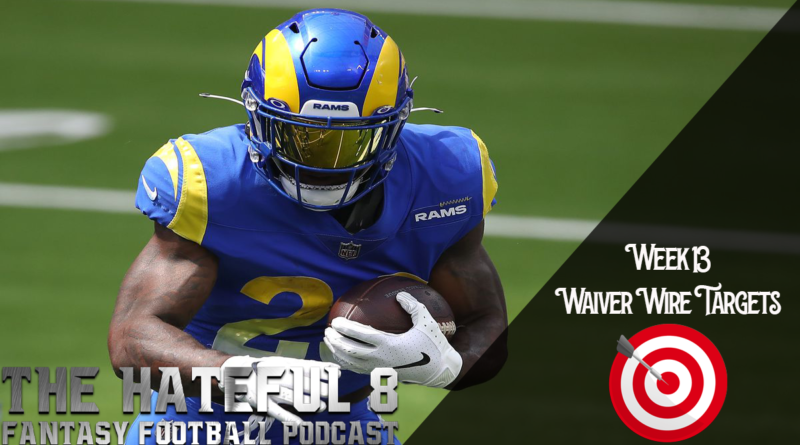 Cousins has been a great fantasy streamer for those who have used him in the past two weeks. I expect his solid production to continue this week against a totally depleted Jacksonville Jaguars defense. Cousins is a quality streamer this week and going forward.

Trubisky has never been a consistent QB, but when given the starting job he is known for having good fantasy output. If he gets the start again, he will be a streamable option against the Detroit Lions in week 13.

Rivers is not a league winner, but he is a serviceable streamer when the matchup is right. This is one of those weeks, as the Colts will be facing a less than mediocre Texans defense. If you need a QB streamer, you could do a lot worse than Rivers. He is a QB2 in week 13.

Petersons value falls solely on if Swift plays this week or not. Peterson has shown that he is still able to get into the endzone and put up decent production when given the chance. If Swift is out, Peterson is a solid flex play heading into week 13.

Akers finally looked like the kind of player we had expected him to be this past week. If he can hold onto the lead back duties, Akers has the highest upside of any running back on the waivers this week. He faces an Arizona Cardinals defense that has been susceptible to the run in week 13 as well. If you need running back depth, Akers is a good add this week.

This all depends on if Todd Gurley is healthy this week or not. If he is out, Smith can be considered as a waiver wire consideration. He has a tough matchup against the Saints, but should still be serviceable as a desperation flex or added depth to your roster.

Lazard is officially back, and he did not disappoint fantasy managers that started him in week 12. I believe that Lazard is the second-best wide receiver on the Packers, and the Packers should continue to utilize him going forward. Lazard would be my top acquisition at the wide receiver position this week. He is a flex with upside in week 13 against the Philadelphia Eagles.

Hilton has been a major disappointment so far this season but did have a good fantasy day in week 12. If you are struggling at the wide receiver position, you could do a lot worse than Hilton this week. He has a great matchup against the Texans and should be able to fill in as a bye week/ injury fill-in. He is a flex in week 13.

Johnson came out of nowhere and was the Jaguars best receiver in week 12. He is not necessarily a player I would start but definitely would stash until we see if he can keep up with the solid production. Johnson is a  flex going forward.

Tonyan once again had a great day in week 12, which makes it two weeks in a row. If you need upside at the tight end position, Tonyan would be my top priority. Tonyan is a high end TE2 with TE1 upside.

Without Irv Smith Jr. active in week 12, Rudolph was a great fantasy streamer. If Smith continues to be out, I like Rudolph’s chances at continuing his solid production. Keep an eye if Smith is active this week or not. Rudolph would be a high-end TE2 with upside.

Rodgers continues to be targeted week after week in Philadelphia. Zach Ertz is slated to come back this week, which might lower Rodgers’s value going forward. But if you are in dire need of a tight end, Rodgers should be able to have value in week 13.