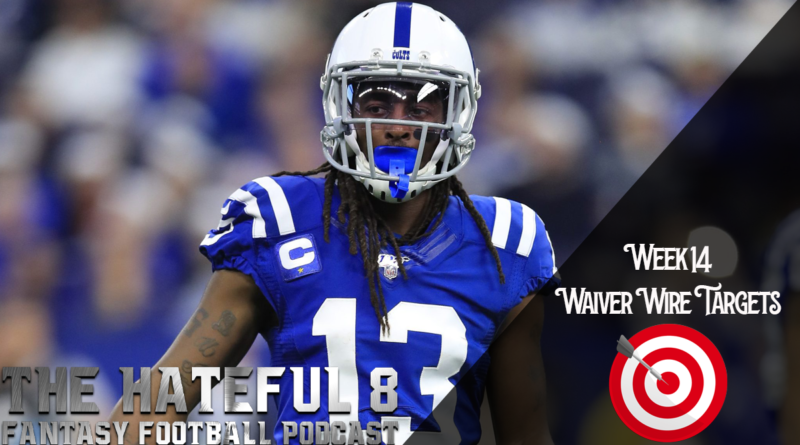 Mitch was a disappointment for those who decided to stream him last week against what should have been a great matchup. This week he faces yet another good matchup against the Houston Texans. If you are in need of a QB2/ streaming option, Mitch has the upside to fill in for you in week 14.

Rivers hasn’t been great, but he has been a reliable option at the quarterback position. This week he faces a beatable Las Vegas Raiders defense. He has plenty of offensive weapons to succeed, and I like his chances of having success in week 14.

Simply put, Baker was amazing this past week. This week he has a bad matchup against a good Baltimore Ravens defense. If you are in need of upside, Baker definitely has it. The reason I would add Baker is that his week 15 and 16 matchups are against the New York Giants and New York Jets. Those matchups alone are worth streaming during. Baker is a decent addition to your roster going forward.

Akers was my top add at the running back position last week, and he is my top add of the week this week. For anyone going into the fantasy playoffs that is running back needy, Akers is a solid addition to your roster. He has all the qualities of a 3 down back and showed his scoring ability for the past two weeks. As long as he stays healthy, Akers should continue to get the carries going forward. He is a high-end flex with upside from here on.

With Frank Gore dealing with an injury, Johnson looks to be the lead back in New York. After a stat line of 22,104,1, I am liking Johnson’s chances of success this week against Seattle. He is a flex play this week with upside.

Edwards hasn’t been a league winner but he has been a solid fantasy option at the running back position. The Baltimore Ravens refuse to let Dobbins take over, so I like Edwards chances at being a flex in week 14 against the Browns. If you need a stable floor play, Edwards would be my pick.

Hilton is starting to play like we thought he would have all season, he has been great the past two weeks and is showing consistency for once this season. If you are in need of a wide receiver play this week, Hilton would be a decent enough fill in. This week he faces a Raiders defense that does make me hesitant to play him at all. He is flex with upside in week 14.

Now that Will Fuller is out for 6 games due to suspension, Keke looks to be the player that will be getting his target share going forward. This week the Texans face a Bears defense that is no longer elite. I like his chances of continuing his production in week 14. He is a flex with boom/bust potential.

Gallup has had a rough season. First, he is pushed to third on the depth chart, and then he loses his quarterback mid-season. He has not had the season that we hoped he would have, but that does not mean that he isn’t usable going forward. He had an amazing day this past week against the Baltimore Ravens, this week he has a much better matchup against the Cincinnati Bengals. If you need a decent floor flex play with high upside, Gallup is your guy.

Thomas was a complete stud this past week having a stat line of 9,98,1. I don’t see there being any better options on the waiver wire at the tight end position. If he is available and you need a solid floor with high upside, add Thomas to your roster. He is a low-end TE1 with upside going forward.

Schultz hasn’t been amazing, but he has been consistent. He offers a floor at a position where the majority of players don’t have one. This week he has a great matchup against the Cincinnati Bengals. If you are in need of a tight end, I like Schultz’s floor and ceiling in week 14.

Eifert hasn’t been talked about much this year, but it seems that Mike Glennon trusts him enough to target him heavily. As long as Glennon is under center, you can roll the dice on Eifert at the tight end position. He is solely for those that are desperate or just like to live on the edge.

Good luck to all of you who have made the playoffs or are trying to get in this week. Just remember to stick with your gut!