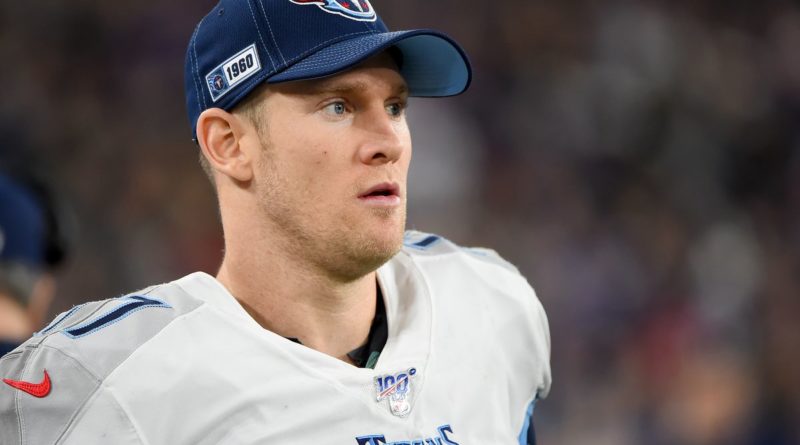 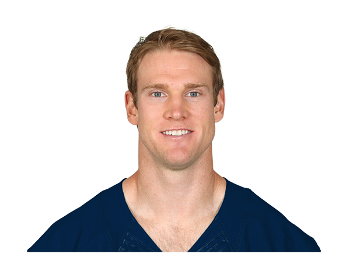 Ryan Tannehill – TEN ($6600)
Tannehill has deservedly taken over the top spot in Tennessee, and although we expected a bit of a resurgence from Corey Davis, we instead were fed with monster performances from rookie AJ Brown. I’m a little wary of playing Brown at his top tier price, but both Tannehill and Brown have demonstrated legitimate top-five play. I’m comfortable with Tannehill in any format, even though his ownership will be a little high, but there’s little leverage you can gain with QBs, anyway, and the price-point is good. This is the week’s highest-scoring game, the Titans are dogs, New Orleans gives up a LOT of points, and the Titans are not mathematically eliminated from playoff contention, so they’ll be giving it their all. If you do play Tannehill in tournaments, please stack him with Brown. 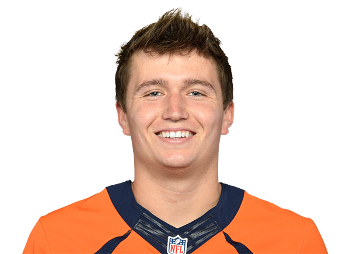 Drew Lock – DEN ($5600)
You’re not really looking to get a lot of bang for your buck by spending down on QB, because the price differences really aren’t all that significant in the field. However, I do think this is somewhat of a misprice since Lock got the starting work. Sutton has been killing it all year and Fant has been boom-and-bust. Detroit is in a world of troubles right now and their defense is allowing far too many points to QBs and their pass-catchers. Lock is priced low enough that I’m not at all worried about high-ownership. I think he’s a good bet to return on value to just get you there if you use him for either cash or GPP, and he’s got big enough potential and low-ownership to give you significant leverage in GPP. Lock will also be stackable with basically every option. Fant in GPP and then all three WRs in cash and GPP, though I’m higher on DaeSean Hamilton than Tim Patrick.
Running Backs 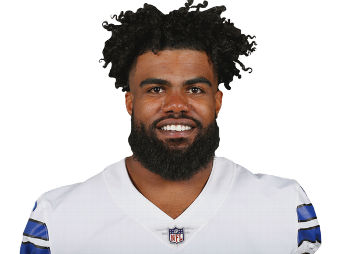 Ezekiel Elliott – DAL ($7900)
Christian McCaffrey is the only running back more expensive than Zeke that I’m willing to play, but I want some exposure to the price area between Zeke and Mixon, and it is super important to spend up on your running backs. I’m picking Zeke as my top-notch RB1 choice in Week 16 for a number of reasons, so I’ll just list them off:
Priced just below season-long performanceExpected to win by less than one touchdownOver/Under in the high fortiesComing off a 28-touch gameDallas can win the division with a W; they’re not holding back 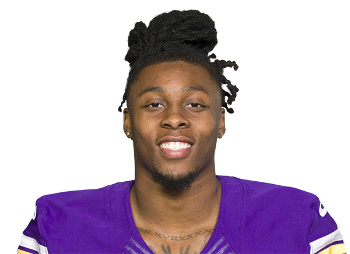 Mike Boone – MIN ($4900) You’ve probably read an article or two how Boone is a priority waiver wire target, especially since this is championship week for the majority of redraft teams. DraftKing’s didn’t entirely miss the ball with Boone as his price has risen substantially following a two-touchdown game. However, he’s priced as a Flex option and we have ample reason to believe Dalvin Cook will sit this game. Although Minnesota is not out of contention for a division title, their making the playoffs is guaranteed if San Francisco wins this week, so why run your two other hurt running backs into the ground? I don’t expect Boone to score two TDs again, but Green Bay gave up 154 ground yards to Cook in their last meeting. Boone does not equal Cook, but it’s impossible to walk away from this price. Locked.
Other Targets:Alvin Kamara ($7500) isn’t the ideal running back, but he’s in the ideal situation as close favorites in the week’s projected highest-scoring game. Tarik Cohen ($5100) doesn’t have the ceiling for tournament play, but he’s receiving WR-level targets when playing from behind. DeAndre Washington ($4000) is a tournament play and Jalen Richard ($3500) is easy buy-in cash with Josh Jacobs ruled out.
Wide Receivers 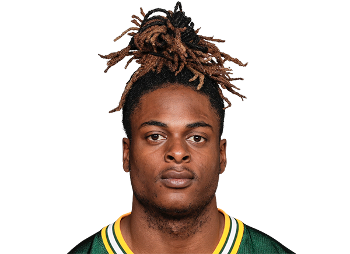 Davante Adams – GB ($7800)
A little more than I typically like to spend up on WR, I’ll look to make my WR1 a strong position and spend down deeper on the rest of my WR starters as Devante Adams has serious big-game potential. He had a slower start on the year, but that’s more from bad touchdown luck than poor performance. Although Green Bay is projected to lose this matchup, I think it actually swings fairly seriously in their favor as Minnesota likely won’t have much to play for. The Vikings have been better lately, but this is a team that Adams put up a scoreless 100 yards on earlier in the year. The matchup against Xavier Rhodes is the same, and Adam’s games of double-digit targets keep increasing. Expect plenty of opportunities as Green Bay looks to secure a division win in a game they may be playing from behind. Be warned, Adams will be highly owned this week so keep him out of larger fields, but light him up in a head to head. 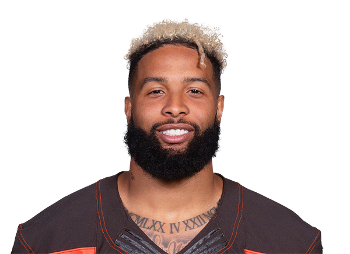 Odell Beckham Jr – CLE ($5800)
Long gone are OBJ’s prime performances. This prolific receiver fell so far from the high hopes we had for him at the beginning of the year, but I think things have hit a bit of a turnaround, and now is precisely the time to capitalize on this absurdly low price for one of the greatest WRs currently in the game. Priced outside of the top twenty-four WRs, the DK price model does not expect a lot of production from Beckham, even though his opportunity has steadily risen. Complementary teammate Jarvis Landry has eaten up most of the targets and (uncharacteristically) most of the touchdowns. However, with thirteen looks a week ago, Baker Mayfield has been slinging it his way, only he didn’t have a touchdown to show for it. If OBJ can get similar love in a high-scoring matchup as dogs against a team that has already clinched a bye week, I don’t see why he can’t turn that opportunity into production. As well, owners are going to be shying away from him, giving you the opportunity to leverage this play as a tournament winner.
Other Targets: If you don’t want to spend up to Adams, play down to either/both Amari Cooper and Allen Robinson at $6700; I think both are similar plays but Robinson will draw less ownership. Darius Slayton ($5500) offers the most upside, but Sterling Shepard ($6100) has received significantly more targets with Daniel Jones back under center. DJ Moore ($6900) should be able to play hell with opposing CBs, but Will Grier is our likely starter, so be cautious.
Tight Ends
The Big Three:Travis Kelce – KC ($7000), George Kittle – SF ($6500), and Zach Ertz – PHI ($6400) are all high on my radar this week. It’s going to be tough to spend up on tight end, but there is a lot going for all of these players, as they have been receiving double-digit targets consistently. Ertz, unfortunately, has to compete with the emerging Goedert for targets. However, the Eagles’ receiving corps is so depleted, that it is essentially guaranteed that Ertz will maintain elite looks. His problem has always been turning that opportunity into TDs, but I think that can change. As well, bettors expect this to be a losing game for Philly, and Dallas is stronger against both RBs and WRs than tight ends. The same is true for Travis Kelce, as Chicago is middling against the run and just plain mean against opposing wide receivers. Kelce doesn’t need a funnel in order to get the opportunity, as he has always been a target monster. His TDs are uncharacteristically low on the year, but even so, Kelce has been playing elite football. This game could be a monster for him if the Bears really do prove too challenging against Tyreek Hill (though I wouldn’t make that bet).
However… Kittle is my number one play this week. There’s nothing wrong with Kelce and I think both are due for great games, but if they have a similar level of play, George Kittle’s $500 discount makes me more likely to play him than Kelce. Depending on how you look at it, Kittle’s matchup could be a good or a bad thing. On paper, Kittle will play an uphill battle against the Rams defense, so this might draw some owners away. This gives you the advantage of low-ownership, and when it comes down to it, I’m a much bigger fan of playing talent than the situation when it comes to tight ends.
The Affordable Options: Without going into detail, if I have to play down at the position, I like Jacob Hollister – SEA ($4200), Noah Fant ($3700), and Jonnu Smith ($3800).
Defense / Special Teams 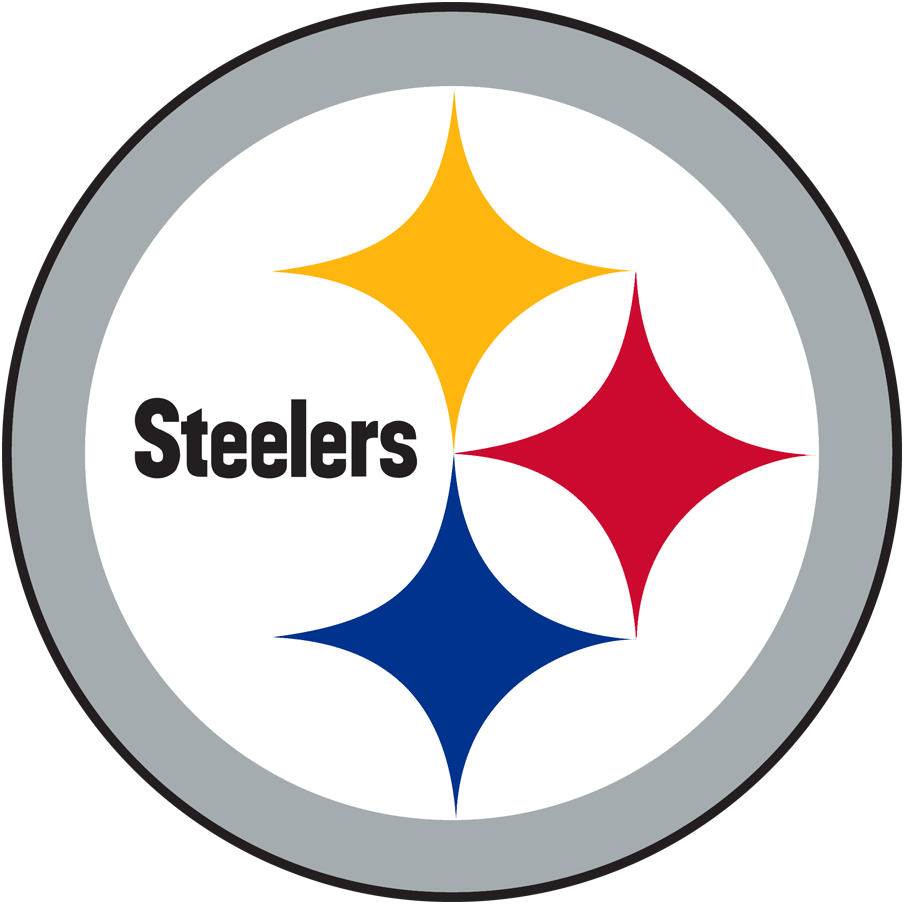 Pittsburgh Steelers ($3900)
If you’ve somehow scraped the cash together to spend high on a D/ST, I like this play even better than the Ravens. The Jets are crumbling and their offensive line is severely mismatched against both the run stop and pass rush. Although Devlin Hodges’ start might mean this game is closer than previously thought, the most likely scenario is that we’re going to see the Jets’ terrible offense playing from behind. The ground game won’t work against this D-line, and forced to pass, I see a lot of errant throws, good opportunity for INTs and possibly even a defensive score. 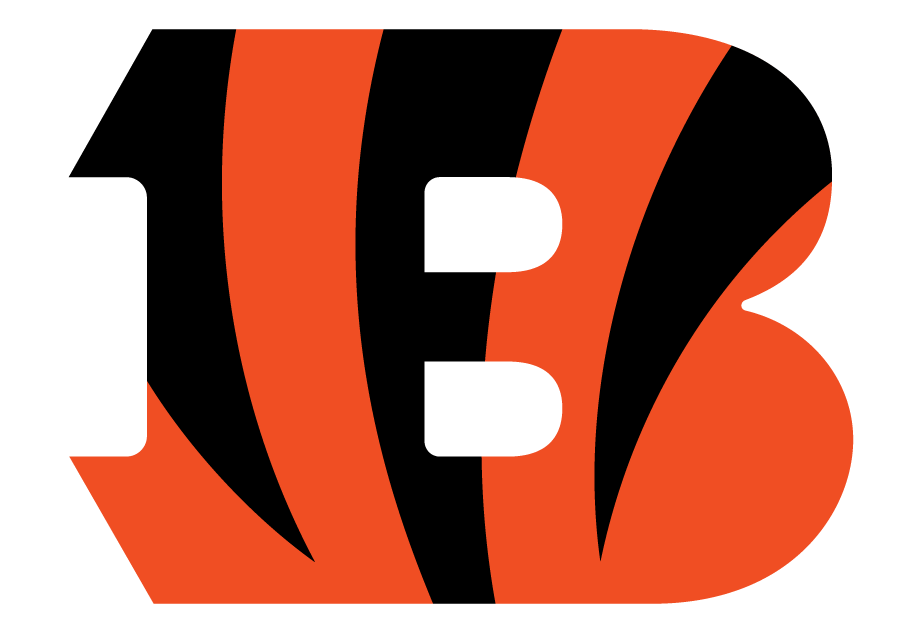 Cincinnati Bengals ($2900)
A much more realistic strategy is to spend down. Although I don’t see the same big-play potential as the Steelers, a thousand-dollar discount on the asking price sure is nice for a D/ST that shouldn’t have trouble getting the job done. The Bengals are by no means a powerhouse with the potential to rock anybody’s boat. In fact, they are slight dogs this week at Miami, and it’s almost always true that a tournament-winning defense needs to win its game. I don’t see much of a challenge there, and even if they don’t win, they’re playing the team that surrenders the third-most DK points per game to opposing D/STs and things could get hairy real quick with a 90% chance of precipitation. Although Devante Parker has been coming around, and overall poor offensive line and a depleted RB corps mean little offensive production from Miami. Cincinnati also offers you the option to stack an RB with Mixon, who is seeing mind-boggling opportunity regardless of the situation.
Follow me on Twitter @Frank_Wees Also follow the show @TheHateful8FF
Don’t forget to checkout the show via Apple Podcast, Google Podcasts, Stitcher Podcast and Youtube.