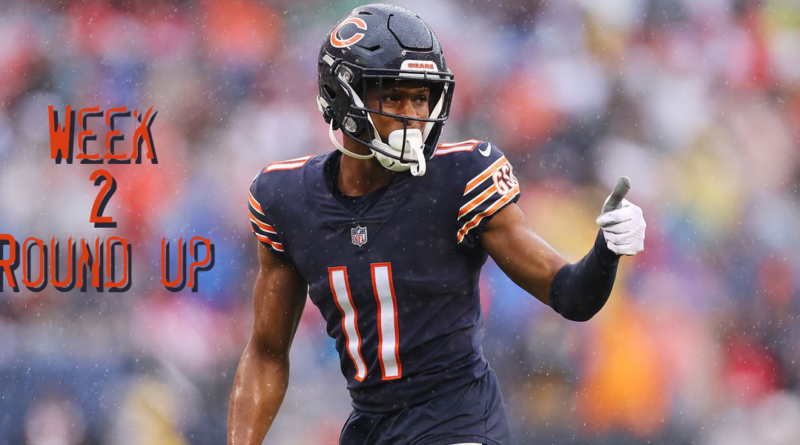 Week 2 is in the rearview, and it was yet another chaotic production. If the drama wasn’t so random, I’d be convinced it was scripted.  To recap, Mike Evans and Marshon Lattimore got in a fight resulting in both players getting ejected and Mike Evans receiving a one-game suspension (classic).  Cleveland lost at home to the New York Jets in a historically dysfunctional fashion. Pretty certain I read something afterward that said blowing a 13-point lead with under 2 minutes to go has never happened before. So, go Browns. What else happened…the Bengals lost again, now to a backup QB. Cincinnati doesn’t look great, and the Bengals regression stans are doing victory laps.  It seems the only constant in today’s NFL is Kirk Cousins losing in prime time…which he did again on Monday night, thus bringing his prime-time game career record to 10-18 including 2-10 on Monday Night Football.  Maybe he just has trouble seeing at night? I am starting to get Charlie Sheen’s “Wild Thing” Major League vibes from this situation.

This demonstrates that no matter how much planning we do, things can go sideways in a hurry. We must adapt and pay attention to all trends materializing in front of us. The charts below are meant to assist with this effort, focusing on which defenses give up the most fantasy points (and other key measurables) to each primary offensive position. Certainly, a tougher opponent will make a team’s defense appear potentially worse than usual. However, monitoring these metrics as the season progresses will help us make better fantasy football decisions.