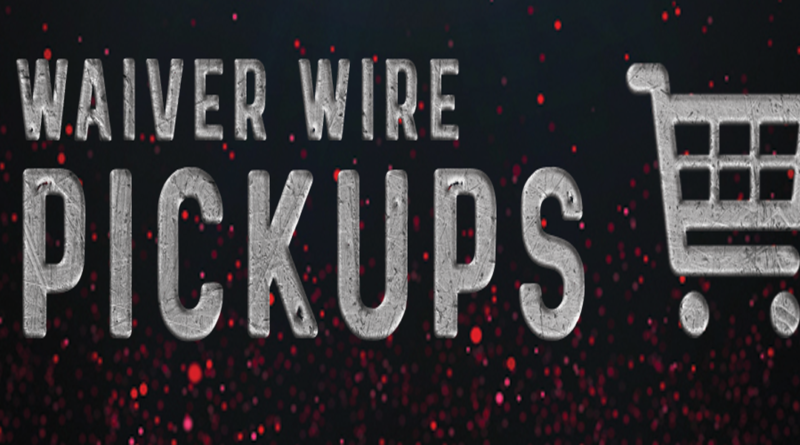 Gardner surprised a lot of people this week, which was pretty similar to how he performed last year. Gardner was firing on all cylinders, and I don’t see anything changing in the near future. He is playing to keep his job, and he has the tools to succeed. If you are in need of a quarterback, Minshew is the man for the job. He is a high end QB2 with QB1 upside.

Kirk is not a sexy add, but he can certainly do the job when called upon. He showed his ability against Green Bay this past week and now faces a Colts defense that was just beat by the Jacksonville Jaguars. If you are in a deeper league or just need a solid floor, Cousins can very well fill the position. Cousins is a mid-range QB2 with upside depending on the matchup.

Mitch is back and he sure knows how to make his presence known. Honestly, no one wants to start Trubisky, but if you did this past week you were rewarded. He is playing for his job, and for the moment he is keeping it. This week he faces a beatable New York Giants defense. If you are willing to accept his low floor/ high ceiling production, then you should roll the dice on him. He is a mid-range QB2 with a decent upside in week 2.

Brown was named the starter, but no one really knew what that truly meant. Then we saw him play in week 1, and we got a pretty good idea of what is in store for Brown. He is the RB1 for the Rams, at least for now. With a solid workload, Brown should continue to offer value at the running back position which is why he is my top waiver add this week for running backs. If he does indeed keep his spot atop the depth chart, Brown offers high-end RB2 numbers on a weekly basis.

Hines was a week 1 stud at the running back position. With Marlon Mack now out for the season, Hines chances of continuing his success have increased significantly. He was the most successful of the Colts running backs in week 1, and that was before the injury to Mack. His success should continue, especially this week against a beatable Minnesota Vikings defense. Hines is a week flex with upside. He is also more valuable in full-point PPR leagues due to his catching ability.

We knew someone other than Ekeler was going to have success for the Chargers, and it ended up being Kelley. Kelley rushed the ball 12 times for 60 yards and a touchdown. He was a solid 1-2 punch with Ekeler and that should continue throughout the season. If you are in need of some running back depth, Kelley should be your guy. He offers a weekly flex value with upside.

Parris was a pleasant surprise this past week for the Colts, as he was the most productive receiver. We knew there was value to be had between him and Pittman Jr., and now we have a better idea of how the future should look for the Colts. You always want the players on better teams, and Campbell fits that mold. He should continue to receive a solid target share going forward. He is a WR3/ flex with upside.

Williams was not supposed to be active this week, but came in and was a solid target for Tyrod Taylor. As long as he stays healthy, he should continue to offer value in fantasy. If you are in need at Wide Receiver, you could do a lot worse than Williams. He plays the Chiefs this week and is a sneaky flex play. Williams is a WR3/Flex with upside.

It’s a trap! It very well could be, but Watkins again performed very well in week 1 against the Texans. He is not someone I would waste a high waiver/ a lot of my budget on. But he does offer the upside of potentially being Patrick Mahomes #¾ target. For that fact alone, he is worth an add and hold. If he does not continue to perform then you just cut him and move on with your life. Watkins is a WR3/ flex with a high upside on any given week.

Goedert not only was the #1 tight end on the Eagles, but he was also the #1 tight end for fantasy overall. The Eagles team looked rough, and there is a solid chance it will be like this all season. Goedert was the only player that offered stability in week 1, and there’s a good chance that will continue. Goedert is a high-end TE2 with a solid TE1 upside.

Jonnu didn’t have the breakout performance we wanted him to have, but he did put together a solid stat line in week 1. He has one of the highest upsides at the tight end position, especially with his scoring ability. He is a mid-tier TE2 with TE1 upside.

Also, if you want more in-depth Season-Long or DFS help then check out AverageJoeNation.com