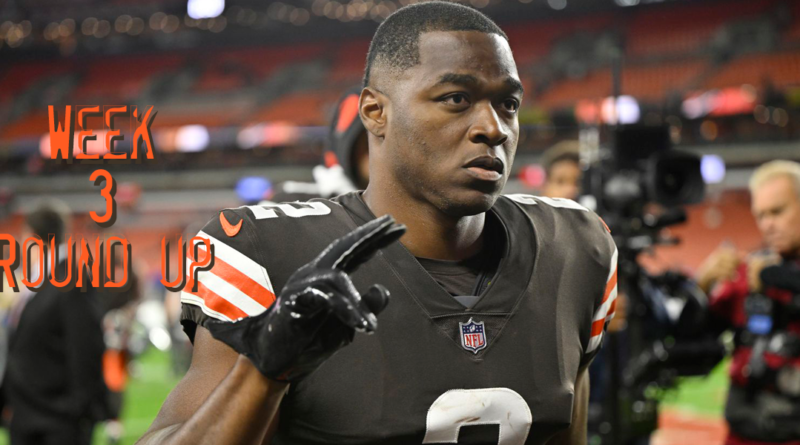 Week 3 was a little tamer than previous weeks. However, still plenty of drama. The once dominant-looking AFC West suddenly appears vulnerable with the Raiders sitting at 0-3, the Chiefs losing to the Colts (the same Colts team that got shut out by the Jaguars and tied the Texans), and the Chargers losing to the Jaguars in Los Angeles (maybe the Jaguars are just legit now?). Meanwhile, the Broncos are in first place in the AFC West which is amazing considering they look like the worst of the four.  Let’s ride throughout the rest of the NFL though, where only one undefeated team remains: the Philadelphia Eagles. Most figured the Eagles would be good this year, especially adding AJ Brown during the offseason.

This demonstrates that no matter how much planning we do, things can go sideways in a hurry. We must adapt and pay attention to all trends materializing in front of us. The charts below are meant to assist with this effort, focusing on which defenses give up the most fantasy points (and other key measurables) to each primary offensive position. Certainly, a tougher opponent will make a team’s defense appear potentially worse than usual. However, monitoring these metrics as the season progresses will help us make better fantasy football decisions

DEFENSES vs QBs: Through 3 weeks, these defenses appear particularly vulnerable to QBs

DEFENSES vs RBs: Through 3 weeks, these defenses appear particularly vulnerable to RBs

DEFENSES vs WRs: Through 3 weeks, these defenses appear particularly vulnerable to WRs