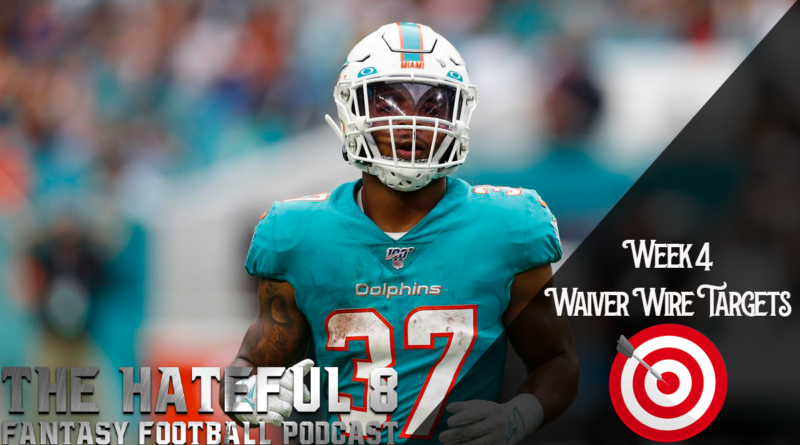 *** Players on the Vikings, Steelers, Titans, and Texans will potentially be out this week due to COVID. Please plan accordingly.***

Jared has not been known as the picture of consistency over his last few seasons, especially in fantasy. But over the last two games, Jared has been a solid fantasy streamer. This wiki face is a beatable New York Giants defense and has a decent schedule in the future. If you are hurting at the quarterback position, Jared would be a solid addition to your fancy roster. He is a high end QB-2 with upside this week.

Baker has been average at best the season so far. But we always look at high upside match ups, and this week in Dallas should be a shoot out between the browns and the Cowboys. If you are looking for a quarterback with a solid floor and decent upside, Baker should be your waiver wire target in week four. Baker is a mid-tier QB2 with upside.

It is amazing how year after year Fitzpatrick continues to be a solid streamer in fantasy football. This year is no different, and this week he should be able to put up decent numbers against a beatable Seattle defense. If you’re needing a streamer/QB- 2, you could do a lot worse than Fitzpatrick. He is a mid-tier QB-2 with upside and week four.

We had to wait three weeks to find out, but Gaskins is the lead back in Miami. He is getting the largest carry total and provides the highest upside at the running back position for the Dolphins. If you are running back needy, Gaskins is my top waiver wire add of the week. He should be a weekly flex, with upside on a regular basis.

If Chris Carson is out this week, Carlos Hyde and Travis Homer both have a solid upside in week four. They play a beatable Miami defense, which should allow both players to have an upside. Hyde should be the goal-line back,  while Homer should see a decent amount of targets in the passing game. If you are in a real pinch at the running back position, both could be serviceable in week four.

Wilson did not produce for most of the game this past week. But did have solid production in the last quarter and ended the day with solid fantasy production. The situation in San Francisco is murky, Wilson seems to be one of the only uninjured backs left. If Mostert, Coleman, was out again, Wilson would once again have the opportunity to produce in week 4. Wilson is a low-end flex with upside this week.

After two slow weeks, Jefferson exploded this past week. Coming into the draft, Jefferson was seen as one of the top wide receivers in the class. It took a while a little longer than expected, but Jefferson looks to be the WR2 on the Minnesota Vikings going forward. This week might be a little murky, due to the COVID situation. Nonetheless, Jefferson is still worth a waiver add. He is a flex option going forward with a high ceiling.

Similar to Jefferson, Higgins finally produced for Fantasy in week 3. We had all expected that  AJ Green would be the top producing wide receiver for the Bengals, but it seems that Boyd has the WR1 spot for now. Which leaves the WR2 spots open, Higgins has the talent to maneuver his way into that spot. Higgins is an add and stash until we see him continuously produce. If you are looking for a player with a high floor, you could consider playing Higgins this week against Jacksonville.

We all know the kind of production Hunter could have at a pro-level, but he has not been consistent as of yet in his early career. Currently, the Raiders wide receivers are a little banged up, which leaves Hunter to be the potential WR1 for the Raiders as long as Ruggs is out. If you are wide receiver needy, Hunter would be a decent addition to your fantasy roster. He is a low-end flex with upside in week 4.

Jimmy has been up and down so far this year. What you are really relying upon is touchdown upside and he has that. Nick Foles is currently the starting quarterback for the Bears, and we know how much he loves to target his tight end. If you need a tight end fill-in for week four, Jimmy will be my top streaming option. He is a high-end tight end 2 with upside this week.

Mo was yet again a solid tight end streamer in week 3. He should continue to have solid production at the position, as long as Jack Doyle is out with injury. If you are unhappy with your tight ends production, Mo is a serviceable option this week against the Bears.

Ebron showed up this past week against the Texans. He is extremely reliant upon touchdowns, as he usually always is. Now Ebron is in the same boat with the other three teams facing COVID issues. But if you need a tight end during bye weeks, Ebron is a solid streamer on a weekly basis. He offers a decent floor with a touchdown upside.