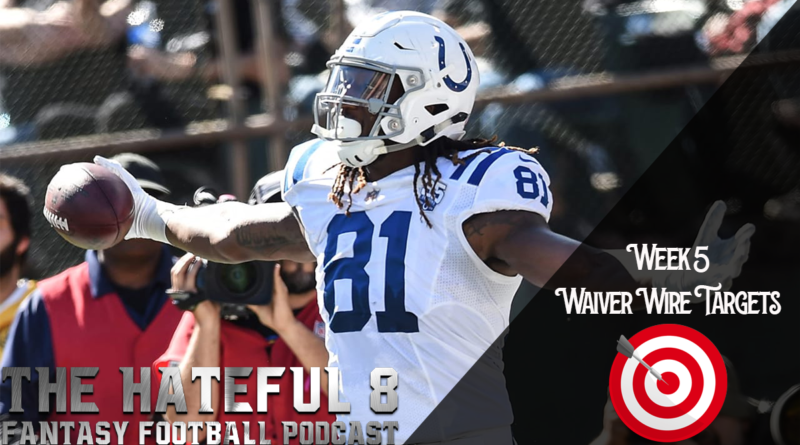 Herbert has been nothing but exceptional since taking over the starting quarterback position for the Chargers. He has the ability to chuck the ball downfield and has also shown good decision making throughout his first couple games. If you are looking to change things up at the quarterback position, or need a streaming quarterback Herbert would be a good waiver add this week. Herbert is a mid-tier QB2 with upside going forward.

Teddy had been lacking the touchdown upside that you usually want as a starting quarterback. This past week he was able to get into the end zone multiple times through the air and with his legs. As long as that kind of play continues, Teddy can be considered a stream mobile quarterback. Teddy is a mid-tier QB2 with upside this week.

Derek has had up and down weeks so far this year. But he has shown that he has the ability to be a starting quarterback in Fantasy. This week he faces in elite Kansas City Chiefs team that should be up for almost the whole game. The Raiders should be forced to play catch up, which helps Carr’s chances of succeeding this week. Carr is a low end QB2 with upside in week 5.

Johnson is now second in the depth chart at running back for the Browns with the recent injury to Nick Chubb. Cleveland is able to have two running backs that produce for fantasy, so Johnson should come in and have immediate low-end flex value with upside depending on the matchup.

The Patriots backfield is a mess, but a bright spot this past Monday was Damien Harris is production. You can’t rely upon anyone back with the week, but if you are in a tight spot Harris would be a reasonable add this week. He has low-end flex upside as long as Sony Michel is out.

Everyone expected Justin Jackson to be the RB2 in the Chargers offense, but that role was delegated to Kelley. With the injury to Austin Ekeler, Jackson should have a boost in production going forward. Jackson is a low-end flex with upside.

Shenault has been the most consistent receiver for the Jaguars so far this season. Chark is still the WR1 but Shenault should have weeks where he outperforms him. If you are in need of some wide receiver depth, Shenault has the upside to be a solid bye week fill-in/ flex play on a weekly basis.

This is most likely Higgins last week on the waivers. He has shown over the last two weeks that he is one of Joe Burrows most trusted targets. With the decent target share, Higgins can be looked at as a high-end flex on a weekly basis going forward. If he starts getting in the red zone, the sky is the limit for Higgins.

Everyone thought Hamler would have been the wide receiver to own after Jeudy, but the truth is Tim Patrick looks like the Broncos WR2. Patrick has shown promise with the Broncos back up Quarterbacks thus far, and it should continue for as long as Drew Lock is out. If you are in dire need of a wide receiver, Patrick is fine as a bye week fill-in/ low floor high upside kind of play.

Nobody expected Robert to produce as he has so far this year. Aaron Rodgers hasn’t had a solid tight end in what seems like several seasons. Robert has been one of the most consistent Tight Ends since week two, it does not work like that is going to change anytime soon. This week the Green Bay Packers are on by, which makes it the perfect time to add Robert to your roster. As long as things continue as they have been, Robert is a well and TE1 with upside.

Mo has been one of Phillip Rivers favorite red-zone targets so far this year. It seems that he is now preferred tight end over Jack Doyle. If you are in need of a bye week fill-in, Mo has as good of a chance to score this week as any other tight end.

The Pittsburgh Steelers just had a week off due to COVID, which is probably why most people will forget the kind of week Ebron had two weeks ago. Ebron can have a decent target share depending on the matchup, as well as having the ability to score touchdowns on any given week. If you need a boom/ bust play at tight end, Ebron is your guy. This week he faces a Philadelphia Eagles team that has been one of the worst when it comes to defending the tight end position. Ebron is a mid-tier TE-2 with upside.