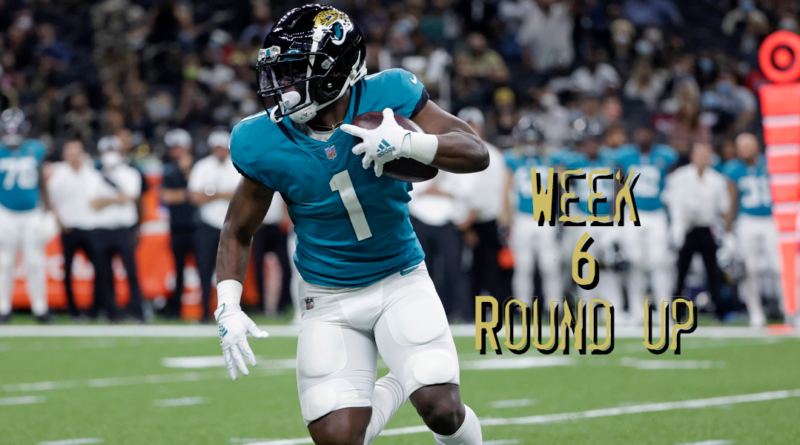 Another week down, and this was the first to feature a few teams on bye weeks. The Lions, Titans, Raiders, and Texans were all forced to watch the action from the sidelines. Week 6 featured a rematch of two juggernauts in Buffalo and Kansas City with Buffalo finally coming out on top. It does not feel like much of a stretch to assume this was an AFC Championship preview again. In other news, I feel the need to comment on a few teams’ surprising records through six weeks of the NFL season.

This demonstrates that no matter how much planning we do, things can go sideways in a hurry. We must adapt and pay attention to all trends materializing in front of us. The charts below are meant to assist with this effort, focusing on which defenses give up the most fantasy points (and other key measurables) to each primary offensive position. Certainly, a tougher opponent will make a team’s defense appear potentially worse than usual. However, monitoring these metrics as the season progresses will help us make better fantasy football decisions.

DEFENSES vs QBs: Through 6 weeks, these defenses appear particularly vulnerable to QBs

DEFENSES vs RBs: Through 6 weeks, these defenses appear particularly vulnerable to RBs

DEFENSES vs WRs: Through 6 weeks, these defenses appear particularly vulnerable to WRs