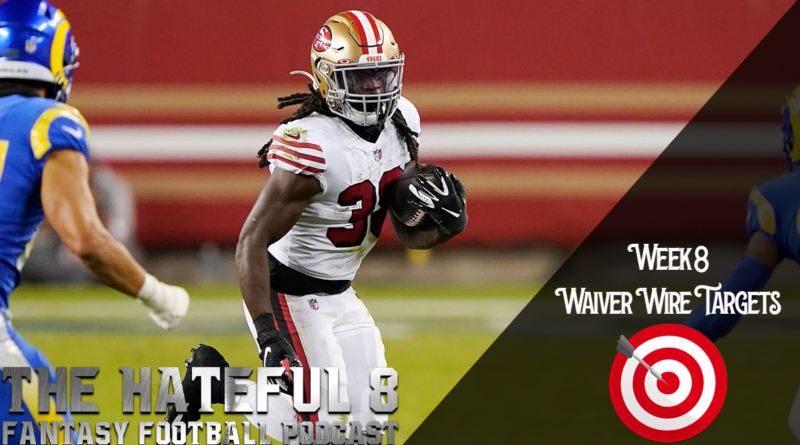 Derek was once again a viable starter this past week against the Buccaneers. This week he has an even easier matchup against a Cleveland Browns defense who has been giving up plenty of points to the quarterback position. If you’re in need of a streamer this week, Derek has the upside you would want. He is a high-end QB2 with upside.

Minshew has been solid for most of his matchups this year. This past week he was able to have enough production to be a starting quarterback. This week he is on a bye, so if you are looking ahead and your quarterback has off next week he would be a smart addition to your team. His week nine matchup is against the Houston Texans, and he should have a good amount of upside in that matchup. Minshew is a low-end QB1/high-end QB2 going forward.

Teddy has had good weeks and bad weeks throughout 2020. This past week he had a pretty good production against the Saints. This week he faces a Falcons team that hemorrhages points and yardage. I like Teddy’s chances of having success in week 8. He is a high-end QB2 with upside.

Carlos is now the lead back for the Seattle Seahawks. Chris Carson’s injury is week to week, therefore Carlos should be the top waiver at the running back position in week 8. He has the rushing and pass-catching ability which gives him upside in all formats. Hyde should be a low end RB2 with upside as long as Carson is out.

Hasty is pretty much the last man standing. Mostert is on IR, McKinnon was invisible last week, and Tevin Coleman is just coming off an injury. Which leaves Hasty to carry the bulk of the carries, at least in week 8. If you need a bye week fill in, Hasty is a solid flex going forward with upside.

Brown hasn’t been consistent but has had glimpses of upside this season. If he can continue the production that we saw this past week, then he is worth an add. He has low-end flex value with upside.

Brandon is now the WR1 for the San Francisco 49ers. With the injury to Deebo Samuel, Brandon should receive a consistent amount of targets on a weekly basis. He also has the rushing ability and is known to stretch the field. Brandon is a high-end flex with upside going forward.

Sterling has been injured for most of 2020 but came back strong this past week. The New York Giants do not have any studs, which leaves a lot of targets open for the taking. Daniel Jones has shown that he trusts Shepard when healthy, and I believe that will continue. Sterling has flex value going forward.

Nelson has sneakily been a flexible asset almost every week in 2020. This past week he showed his true ability against a decent Tampa Bay Buccaneers defense. This week he has a much easier matchup against the Cleveland Browns. If you need a bye week fill in, Nelson has flex value with upside in week 8.

Without either starting tight end or many receiver options, Richard was one of Carson’s favorite targets this past week. This week he has another great matchup against the Dallas Cowboys. He should continue to receive a steady target share and has a touchdown upside. I like Richard’s chances of being a low-end tight end 1 in week 8.

Hooper will most likely miss another week due to his appendicitis. This means Bryant will be the lead tight end for the Cleveland Browns in week 8. He has evident touchdown upside and should receive a decent target share especially with the recent season-ending injury to OBJ. Bryant is a mid-tier TE2 with upside.

Burton was insignificant for much of the year, but in the matchup before his bye week exploded. Now he might not do what he did every week, but it shows he still has some magic left in the tank. If you need a desperation start at the tight end position, you could do a lot worse than Burton this week.