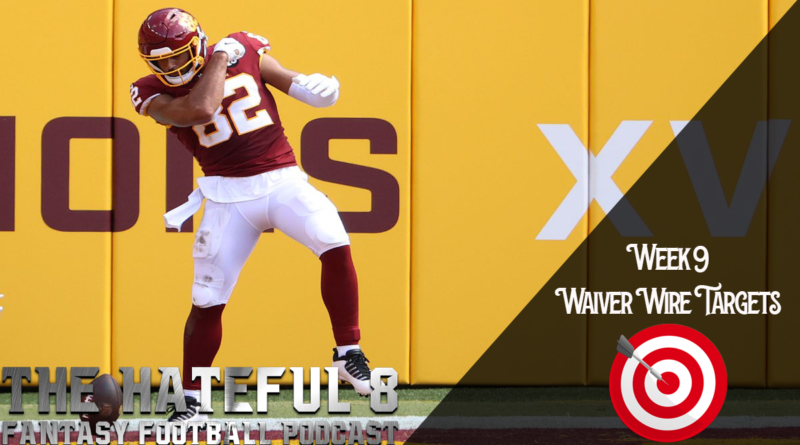 Lock looked to be in his best form this past week against the Chargers. For those who are dealing with bye weeks, Drew would be a serviceable fill-in this week against the Falcons. He is a mid-tier QB2 with upside.

For those in deep leagues, Luton is a serviceable add this week. He at least has the starting job this week, as Minshew is out due to injury. Luton is a low-end QB2 with upside against a sub-par Texans defense.

Another deep league adds Mullens has shown upside at times when given the chance. Mullens has the ability to give you a decent floor, but most likely will have a low ceiling due to lack of talent. Mullens is a low-end QB2 in week 9.

Moss looked amazing this past week, as he was given the lion share of the carries in Buffalo. Moss is a top add for those who need running back depth. He has the talent and ability to be RB1. He just needs consistent usage on a weekly basis. Moss is a high-end flex this week against Seattle.

Edwards and Dobbins handled the Ravens backfield quite well this past week. Both had around the same amount of carries, and Edwards was able to get into the end zone. If you are in need of a running back, Edwards is a great addition. As long as Ingram is out, Edwards has flex value with upside.

McKissic has been steady so far throughout this season. He has more value in PPR due to the number of targets he is receiving on a regular basis. McKissic is a good addition for those who are dealing with injury/ bye weeks. He has a good floor and has the upside to be a flex value especially this week against the Giants.

Hardman looked amazing this past week. This was the kind of weekly production we had hoped we would see from Mecole, but that hasn’t been the case so far in his early career. Either way, his future looks bright, hopefully, he receives a similar target share from here on out. Mecole is my top add at the wide receiver position. He is a weekly flex with upside.

Samuel looked great this past week, as he was able to score on the ground and through the air. Now we can’t count on the touchdowns every week, but I do like the flexibility of Samuel going forward. He is receiving enough targets to warrant being a bye week fill-in/ flex from here on out.

Mooney looks like he is cementing himself as the Bears WR2. He has been consistently receiving targets throughout the weeks and is now showing touchdown upside as well. Mooney is an add and stash. If you are WR needy you could play him against a favorable matchup against the Titans this week.

Now that Kittle is out, Reed should be one of the top options for the Niners. Reed has shown promise when healthy this year, so I would take it a week at a time with optimism towards Reed. At least for this week, he is a solid play against the Packers. He should have a good enough amount of targets to warrant starting him this week.

Thomas has been up and down this season, but as of late he has been consistent. I like his chances of continuing that consistency going forward, especially since Kyle Allen seems to have a good relationship with him. Thomas is a good bye week fill in this week against the New York Giants.

Dalton Schultz, TE, Dallas Cowboys (28.5% Rostered)    Dalton hasn’t been great this year, but let’s be serious the Cowboys are in rough shape. He has shown promise and ability throughout the season and was able to have good production this past week. If you are in a rough spot, Schultz should be able to fill in as a mid-tier TE2 with upside going forward.